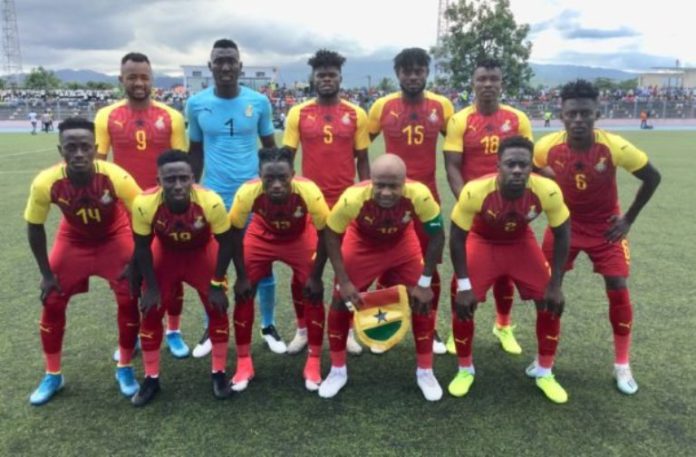 The Black Stars made it two wins in four days with a slim victory on the road.

A second-half Jordan Ayew penalty was enough to secure Ghana a 1-0 away triumph over São Tomé and Príncipe in the 2021 Africa Cup of Nations qualifiers on Monday.

With two straight wins following Thursday’s 2-0 triumph over South Africans, the West Africans have moved to the top of the table.

Joy Sports Owuraku Ampofo rates each of Ghana’s players after the victory over São Tomé and Príncipe.

Another comfortable day at the office as São Tomé failed to register a single shot on target.

His cross led to the goalkeeping error that rewarded Ghana the penalty but was generally wasteful on the wings.

Had a couple loose touches but that can be attributed the poor nature of the turf. Looked very active going forward offering a lot of width.

Stayed strong throughout the entire game and anticipated most of the attacks of São Tomé.

A very solid performance as he dominated São Tomé’s all-time top scorer Leal. He also broke the lines with some good passes.

Struggled to impose himself on the game as he failed to hold the width on the left flank.

Kept things simple in the middle of the park but was also caught on the ball on a number of occasions.

Gave away too many passes in the middle of the park. It was obvious he wanted to avoid getting injured on a bad pitch.

Dazzling on the ball but no end product. The story of the Al-Fayha winger who failed to deliver an accurate cross throughout the match.

Scored the game’s only goal but was a shadow of himself as he lacked the necessary service upfront.

Was full of running and forced the goalkeeping error to get Ghana the penalty. He tirelessly worked hard, chasing lost causes.