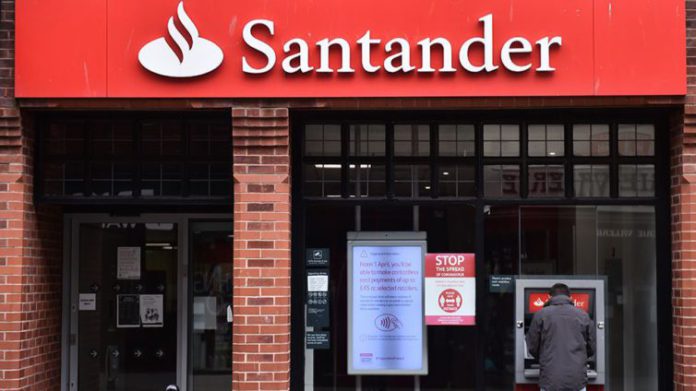 Tens of thousands of people awoke on Christmas morning to a surprise from an unexpected benefactor – Santander.

Santander’s staff are now rushing to claw back the money, although the job is being made more difficult because much of it was deposited in accounts at rival banks, according to The Times.

The error occurred when payments from 2,000 business accounts were made twice.

“We’re sorry that due to a technical issue, some payments from our corporate clients were incorrectly duplicated on the recipients’ accounts,” the bank said in a statement.

“None of our clients were at any point left out of pocket as a result and we will be working hard with many banks across the UK to recover the duplicated transactions over the coming days.”

It said the mistake may have meant that some people were, in effect, paid twice from their employer’s account.

One payroll manager, who asked not to be named, told the BBC the blunder had cast a shadow over Christmas and Boxing Day.

“It ruined my holiday period because I thought I’d paid out hundreds of thousands in error – I thought I had done something wrong,” they told the BBC.

“I thought it was just me and that I was going to get in trouble at work.”

They said that Santander had not given any information about how firms should explain the second payment to staff or about how it should be repaid.

“It’s just a complete shambles,” the payroll manager said. “How they are going to recover it, I just don’t know.”

The bank stressed that it had already begun speaking to the rival banks – which The Times said included Barclays, HSBC, NatWest, Co-operative Bank and Virgin Money.

Santander said those banks would “look to recover the money from their customers’ accounts.”

However, it was not clear how the banks would respond if their customers had already spent the money, meaning returning it would push them into overdraft.

Santander indicated that it may contact people directly to get the money back.