Russia tried to hijack the US election through “propaganda on steroids”, says a Democratic senator investigating alleged Kremlin political meddling.

As the Senate Intelligence Committee hearing opened, its Republican chairman also warned: “We are all targets of a sophisticated and capable adversary.”

He described it as “Russian propaganda on steroids… designed to poison the national conversation in America”.

Mr Warner said Thursday’s session would examine how Russia may have used technology to spread disinformation in the US, including the possible generation of fake news for voters in key states, such as Wisconsin, Michigan and Pennsylvania.

Embarrassing “stolen information” was released through websites such as Wikileaks, Mr Warner said, to “cause maximum damage to one candidate” – Hillary Clinton.

“They did this with an unprecedented level of sophistication,” he said.

Senator Marco Rubio told the panel that members of his former presidential campaign staff were unsuccessfully targeted by unknown Russian web addresses as recently as Wednesday.

Mr Rubio’s campaign staff had previously been targeted in July 2016.

The lawmakers also suggested Russian influence may have affected Britain’s Brexit vote last year, and warned that forthcoming elections in France and Germany were the Kremlin’s next targets.

Committee chairman Richard Burr, a Republican, said “if we politicise this, our efforts will likely fail”.

But Clinton Watts, a homeland security expert testifying before the committee, said the Russians had successfully exploited US political divisions.

“They win because they play both sides,” he said.

Mr Watts said pro-Russian social media accounts continue to tweet at President Trump during times they know he is online, hoping he will read and cite fake news reports.

He also testified that several Russians tied to the investigation had been killed in recent months in Russia and in Western countries, adding “follow the dead bodies”.

Former National Security Agency director Keith Alexander also testified on Thursday, saying that Russia was attempting to drive a wedge between US political parties and “destroy our unity”.

Jared Kushner, President Trump’s son-in-law, is to appear next week before the committee.

In a joint press conference earlier this week, both Mr Burr and Mr Warner pledged not to shy away from the truth.

When asked if he had seen any links between Mr Trump and Russian interference, Mr Burr said: “We know that our challenge is to answer that question for the American people.”

He also said that there had been “conversations” about interviewing Michael Flynn – who was sacked by Mr Trump as national security adviser for misleading the vice-president over his contacts with the Russian ambassador – but his appearance is not confirmed.

The Trump presidency has been unable to shake off allegations that members of its team colluded with Russian officials during the election campaign.

The president regularly dismisses the claims as “fake news” and Russia has also ridiculed the allegations.

President Putin did so again on Thursday at an Arctic forum, describing them as “nonsense” and “irresponsible”.

He also said he would also like to meet President Trump at an Arctic nations summit in Finland in May.

Mr Burr was a security adviser to the Trump campaign but insists he remains objective.

Another congressional inquiry into the matter, by the House Intelligence Committee, has been beset by partisan disputes.

Ranking Democrat Adam Schiff has called on panel chairman Devin Nunes to remove himself, after accusing him of colluding with the White House.

Last week, Mr Nunes went straight to the White House after hearing allegations about surveillance of Mr Trump’s team, rather than sharing them with Democratic colleagues on the panel.

He later apologised but insists he remains an objective chairman and will not step down.

As well as the two houses of Congress, the FBI is investigating the matter. 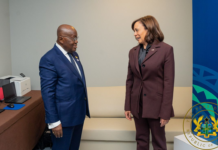 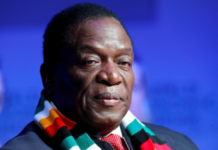 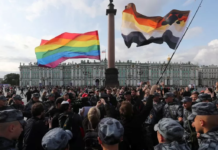