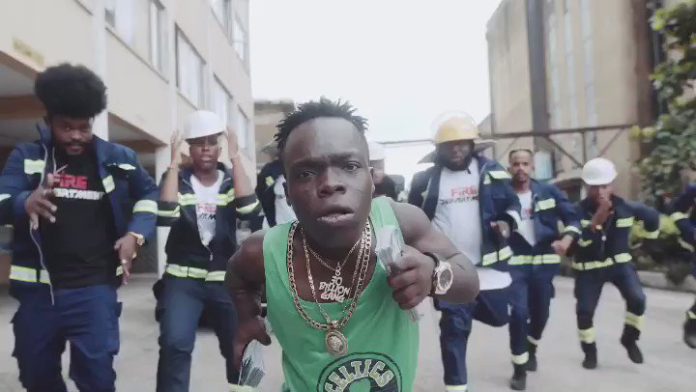 Ghanaian diminutive social media star, Shatta Bandle, has made international waves by being featured in a music video by Rudeboy of P-Square.

Paul Psquare, shared a teaser of his upcoming music video title, ‘Money’ which prominently features Shatta Bandle on his Twitter page with over 1.2 million followers.

The tweet has gone viral since Rude Boy shared it online.

Of what started as gimmick on social media and had many dismiss not just his efforts but also his personality, Shatta Bandle, has proved his critics wrong with his latest feat.

The popular Ghanaian star shot to fame when he made some remarks about Nigerian business magnate and Africa’s richest man, Aliko Dangote, which many especially Nigerians considered derogatory.

Despite the damning confrontations from his critics, with some targeting his physique,Shatta Bandle, surmounted the odds and recently traveled to Nigeria to meet notable people including Rudeboy of P-Square.

For what Nigerians and perhaps the world have come to accept and love about the ‘bizarre’ but funny recreations of celebrity looks by comedy impersonator, Funny Toheeb, Ghanaians already have a young creative, model and actor with his own unique sense of humour.