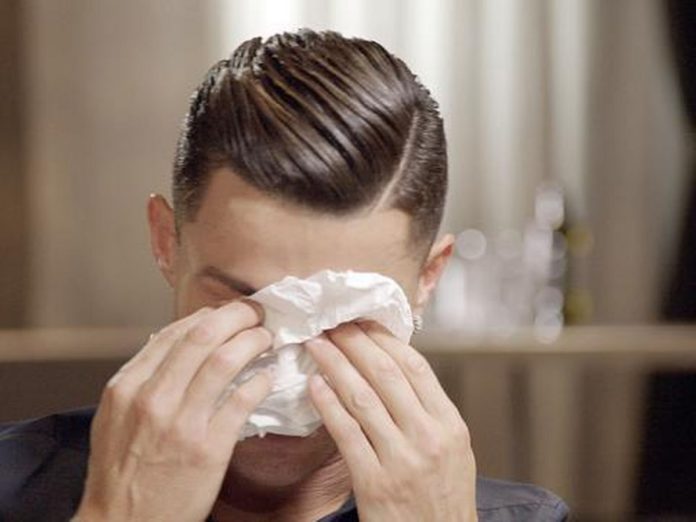 Cristiano Ronaldo broke down in tears as Piers Morgan presented him with a video he’d never seen before of his late father.

In his upcoming documentary Cristiano Ronaldo Meets Piers Morgan, the Good Morning Britain host showed the legendary footballer a clip of his dad Dinis, a year before he died of alcoholism in 2004, being interviewed on Norweigan television outside his house.

Upon being shown the footage, which sees Dinnis speaking about how proud he was of his son, Ronaldo cried.

“I never saw that video. Unbelievable” “To hear your father speak about how proud he was of you must mean a lot to you,” Piers said.

Ronaldo replied: ‘Yes, a lot. I think the interview would be funny, but I didn’t expect to cry.

He was a drunk person. I never spoke with him, like a normal conversation.

It was hard.’ Ronaldo then explained that he has a great sadness over the fact his dad never fully appreciated him being number one. ‘He never saw how great you became,’ Piers commented.