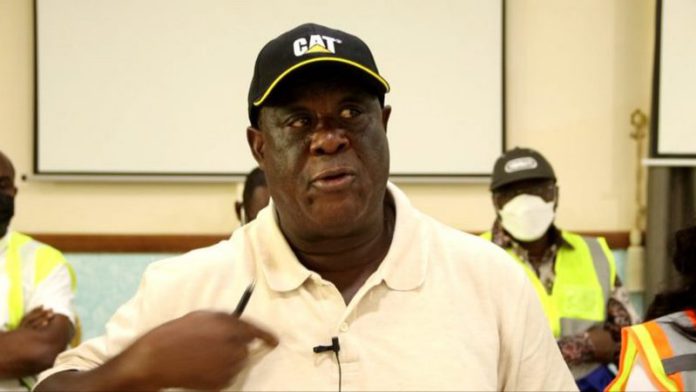 Minister for Roads and Highways, Kwasi Amoako Atta, has backtracked from his widely condemned announcement of converting tollbooths into urinal.

Ranking member for Roads and Transport committee, Governs Kwame Agbodza, during presentation of the reports of the committee on a commercial contract agreement between the Government of Ghana and BNIP-JANSON-ADAWSO Consortium of Netherlands for an amount of 200 million euros for the construction of a bridge over the Afram River at Adawso-Ekyi Amanfrom, disclosed about 4 million cedis of the amount has been earmarked for construction of tollbooths.

The Adaklu MP questioned why the minister will on one hand seek to convert existing tollbooths into urinals and ask for approval to borrow money to construct new ones.

The minister interjected and called the Adaklu MP ignorant.

He explained his comments have been taken out of context.

“It was a full interview I had and my statement was taken out of order. My colleague is speaking out of ignorance,” he said.

Minority Chief Whip, Muntaka Mubarak, however, subsequently got the minister to withdraw the ignorant charge against the Adaklu MP.

Mr Amoako-Attah earlier revealed that processes were underway to convert abandoned tollbooths into washrooms in various parts of the country.

According to the Minister, the move is to ensure the cessation of the practice whereby commuters and drivers ease themselves by the roadside.

The Minister made this revelation after officials of the National Road Safety Authority appealed to the Ministry to remove the various tollbooths if government has no alternate use for them.