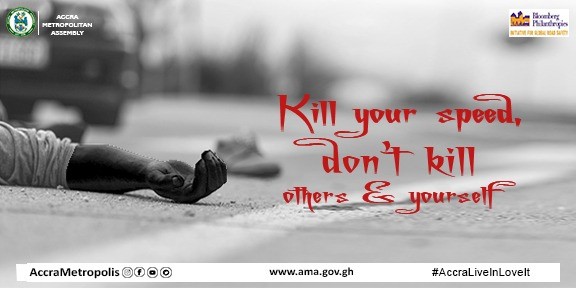 In road traffic, the term speeding refers to the state of a motorist driving at a rate exceeding the legal speed limit. For example, a driver travelling at 60 kilometres per hour along a section of road with a speed limit of 50, is considered to be speeding. Speeding has been a major contributory factor to crashes that occur on roads in Accra and the country at large.

The physics of a crash