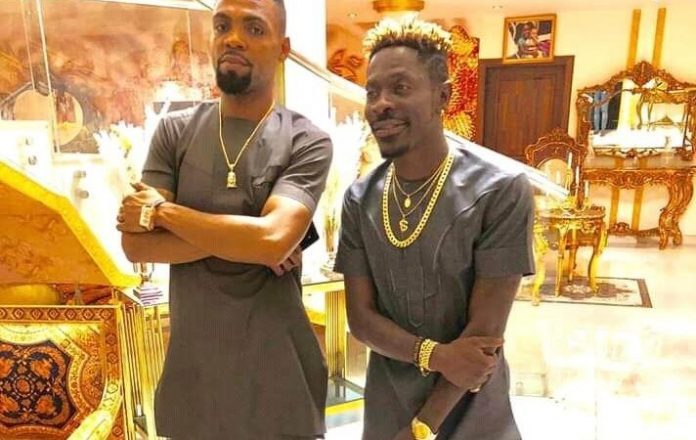 Dancehall act Charles Nii Armah Mensah aka Shatta Wale says he begged Shatta Michy to return home with his son on several occasions but she rubbished his plea.

Speaking on Showbiz
A-Z on Joy FM on Saturday,
Shatta Wale said he setup a rendezvous with Michy and Reverend Obofour in
Kumasi but she listened to none of them.

According to the ‘Ayoo’ hitmaker, the reason his relationship went down the drain with Michy was because “she listens to her friends than her boyfriend.”

SEE THIS: I swept Odorgonno SHS compound to save Medikal – Mom reveals

He explained that though people think he is the one maltreating her, Michelle, as he affectionately calls him, has caused him many damages too.

Shatta further said while he was making efforts to make Michy live a corporate lifestyle, she only wanted to party with her friends in the club and he disliked that.

“I have never beaten Michelle before. I don’t think Nana Aba Anamoah would have her birthday in a club? The kind of place and level I want her to be, she doesn’t see the picture,” Shatta said.

ALSO SEE: I started beating him – Joojo Addison’s mom on when he chose music

“Rev Obofour bought a plane ticket, we sat at Golden beam. She didn’t come. Michelle is a type that when you are fighting with her, she will hit herself in the head. When you do something to her, she would wanna cut herself,” Wale added.