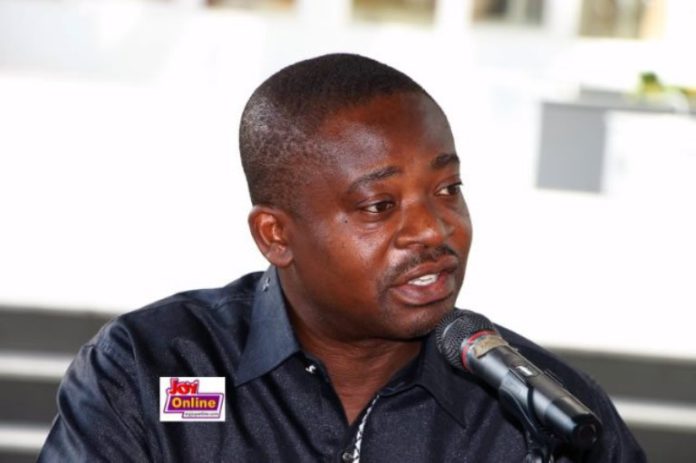 The Association of Ghana Industries (AGI) has reacted to calls by the Ghana Union of Traders Association (GUTA) for the closure of Ghana’s Eastern border in the wake of the Nigeria-Benin border closure.

“If we also go and close our border, then it means you are virtually perpetrating wrongdoing. Rather, we should appeal to them. In the interim, let’s wait to see how the talks will go. The way to go is to deal with the challenge instead of opening ourselves up to more challenges,” he said.

President of GUTA, Dr Joseph Obeng, who had earlier lamented the slow intervention by the Foreign Affairs Ministry on this trade impasse, impressed on Ghanaian authorities to close down the Eastern border to imports from the Nigerian market to check smuggling of goods into Ghana’s market.

“At this point, the situation has become two-fold and we foresee goods being smuggled through the Eastern Corridor due to what is happening in Nigeria. Already, Ghanaian traders are locked out from Nigeria. Goods are also locked up there. The other point will see our markets flooded with smuggled goods if not checked. It must be shut down as a matter of urgency,” he stated.

So far, the Ministry of Foreign Affairs and Regional Integration has appealed to Ghanaian traders to remain calm as it works with the Nigerian authority to ease its ban on the exportation of Non-Traditional products into the latter’s market.

In a statement on Tuesday, the Ministry said: “it empathizes with the traders who have to deal with the ban and the closure of Seme-Krake, Igolo and Idiroko borders without prior notice to the ECOWAS Member States.”

The Foreign Ministry said this is having a consequential impact on regional trade and people-to-people contact.

“In addition to the closure of the borders and its effects, Ghana has to deal with measures already enforced in Nigeria that have made it difficult for Ghanaian traders to export Non-Traditional products into the Nigerian markets in spite of the ECOWAS trade Liberation Scheme,” the statement said.

In August, Nigeria’s president, Muhammadu Buhari ordered a partial closure of the border with Benin to check smuggling of cheap goods into Nigeria.

However, the borders with all neighbouring countries were shut down completely this September. Dr Joseph Obeng argues the issue, if not checked, could hamper the Continental Free Trade Area.

According to him, “The CFTA rests solely on already existing protocols and if care is not taken, countries like Nigeria will bully their way into the agreement area, this is unfair trade and could hamper the whole CFTA.”

The United Nations Economic Commission for Africa (UNECA) says the importation of some exclusive products and sensitive sectors that some economies like Nigeria have banned will by the 13th year of the Continental Free Trade Agreement Area be completely phased out.

So far, the Nigerian government insists there is no end in sight to the partial closure of land borders until the condition of smuggling is checked for the mutual benefit of all neighbouring countries.

The exercise, code-named, ‘Ex-Swift Response’, was being jointly conducted by the customs, immigration, police and military personnel and coordinated by the Office of the National Security Adviser.

Femi Adesina, the President’s spokesman in a statement, said President Buhari expressed great concern over the smuggling of rice.

The president said the activities of the smugglers threatened the self-sufficiency already attained due to his administration’s agricultural policies.

“Now that our people in the rural areas are going back to their farms, and the country has saved huge sums of money which would otherwise have been expended on importing rice using our scarce foreign reserves. We cannot allow smuggling of the product at such alarming proportions to continue,” he said.

The Nigerian President said the limited closure of the country’s western border was to allow Nigeria’s security forces to develop a strategy on how to stem the dangerous trend and its wider ramifications.

The Nigerian leader gave the reason during an audience granted his Beninois counterpart, Patrice Talon, on the margins of the Seventh Tokyo International Conference for African Development (TICAD7), in Yokohama, Japan.

Responding to the concerns raised by President Talon on the magnitude of suffering caused by the closure, President Buhari said he had taken note and would reconsider reopening in the not-too-distant future.

He, however, disclosed that a meeting with his counterparts from Benin and Niger Republics would soon be called to determine strict and comprehensive measures to curtail the level of smuggling across their borders.