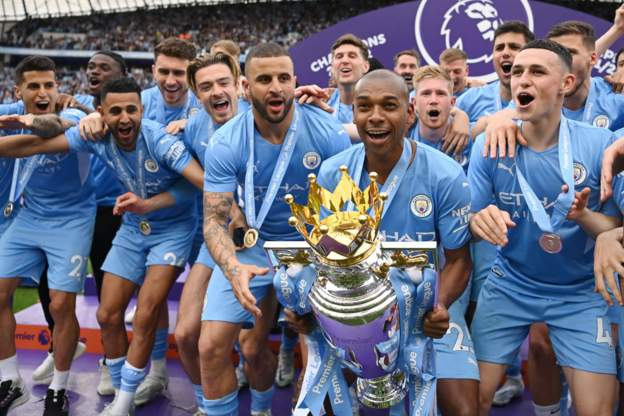 Manchester City retained their Premier League title with a 3-2 victory over Aston Villa on Sunday.

Things were not so simple this season, with Liverpool going on an incredible run of form to push City all the way until the last day.

Pep Guardiola’s side staged a stunning late comeback with three goals in five with a double from Gundogan and Rodri to secure the title amid dramatic scenes at Etihad Stadium.

This represents the Citizens’ sixth Premier League title win and follows their comfortable victory in 2020/21.

Check out some reactions after Man City retain their crown for the fourth time in five years.

Grealish was thrilled after wining his first title in ‘perfect way’