The Queen has not attended church on Christmas Day because she is still suffering from a heavy cold.

Buckingham Palace said she was staying indoors to help her recover but added that she would still participate in the family’s Christmas Day celebrations.

Prince Philip, Prince Charles, Prince Harry and other royals are attending a service at Sandringham, the Queen’s Norfolk estate.

Crowds have gathered in expectation of their attendance.

The Queen and Prince Philip began their Christmas break this week one day late, postponing their trip because they were both suffering from colds.

They flew from Buckingham Palace to the Norfolk estate by helicopter on Thursday, having missed a train on Wednesday. 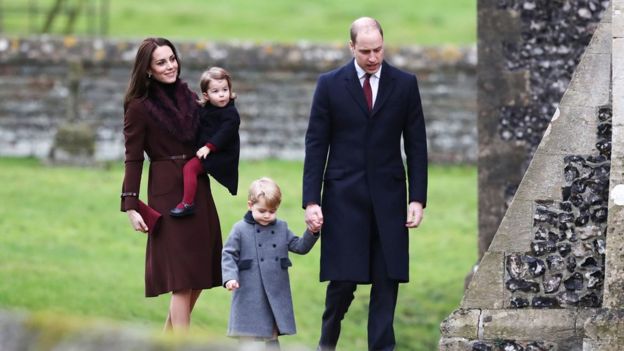 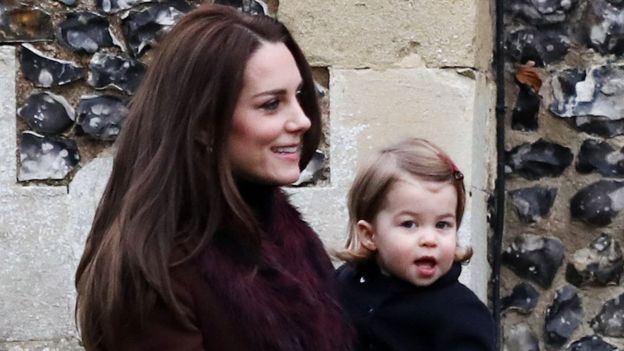 Duchess of Cambridge with Princess Charlotte 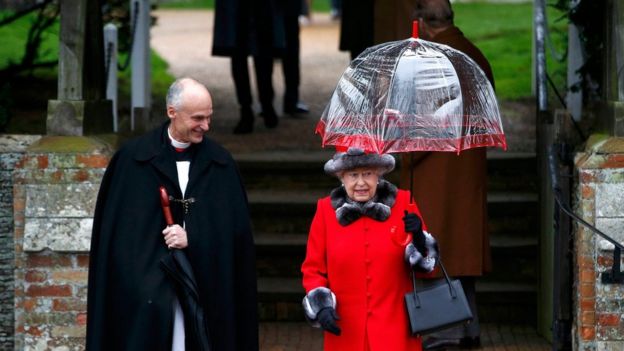 The Queen leaving the service at Sandringham in 2015

A palace spokesman said: “Her Majesty the Queen will not attend church at Sandringham this morning.

“The Queen continues to recover from a heavy cold and will stay indoors to assist with her recovery.

“Her Majesty will participate in the Royal Family Christmas celebrations during the day.”

Prince William and the Duchess of Cambridge are celebrating Christmas with the Middleton family in Bucklebury, Berkshire.

In her annual televised Christmas Day address – to be broadcasted at 15:00 GMT on BBC1, ITV, Sky News channel and BBC Radio 4 – the Queen will say she draws strength from “ordinary people doing extraordinary things”.

Volunteers, carers, community workers and good neighbours are unsung heroes whose quiet dedication makes them special, she will say.

She will also praise the achievements of the UK’s Olympians and Paralympians.

The address was recorded before Her Majesty travelled to Sandringham.