Some aggrieved LLB holders have called on the General Legal Council (GLC) to investigate the circumstances under which the questions and marking scheme for the Ghana School of Law entrance examination allegedly got leaked.

After the examination on Friday, July 27 2018, at the University of Ghana campus in Accra, some candidates jubilated following their ability to have had access to the leaked questions and marking scheme.

A source told The Probe that the supposed leaked questions and marking scheme were on WhatsApp prior to the examinations.

The group has, therefore, asked the Council to cancel the paper and reset another question since some candidates will be disadvantaged by the leakage.

Media sources say, the bout 1800 candidates, who sat for the examination, were given three different halls.

The source further alleges that candidates who took their examination at a particular hall, specifically, the New ‘N’ Block and Cafeteria, had access to the questions with the exact marking scheme.

ALSO READ: Jewel Ackah to be buried next Saturday at Axim

The two hours paper was grouped under ‘section A’ which had twenty (20) multiple choice questions and three questions under ‘Section B’ with question one being compulsory.

The compulsory question (with its marking scheme) is what is purported to have been circulated on social media to the surprise of other candidates who had no access to the questions.

The school’s authorities were not available to comment on the issue.

Below is the said leaked questions and marking scheme: 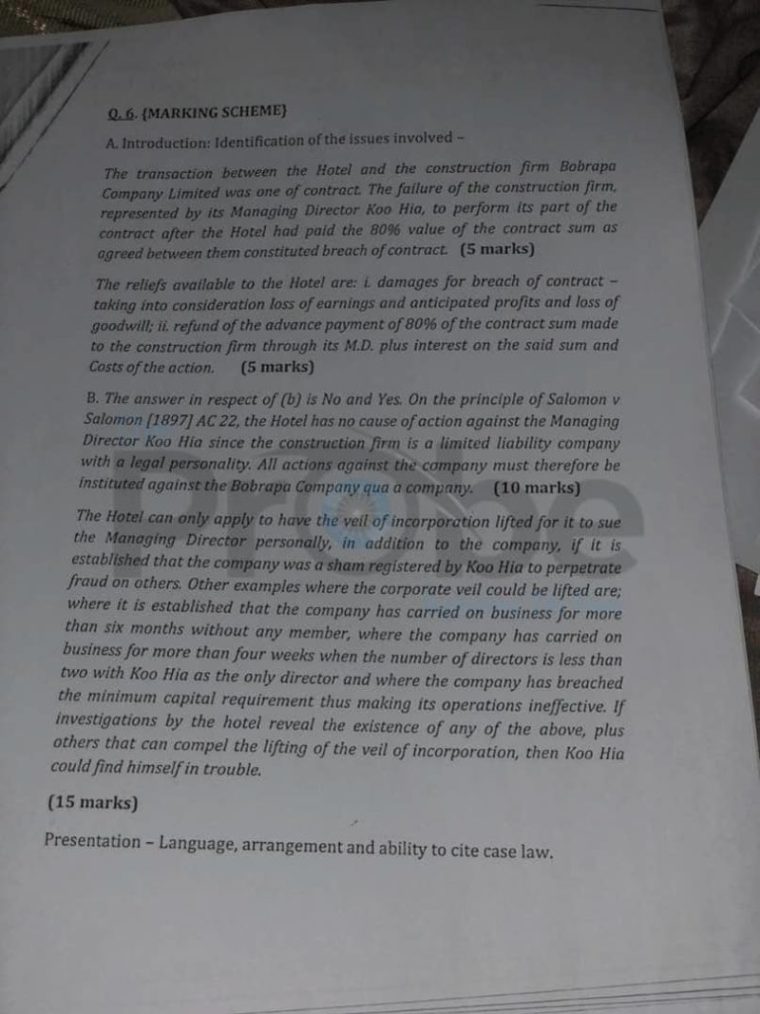