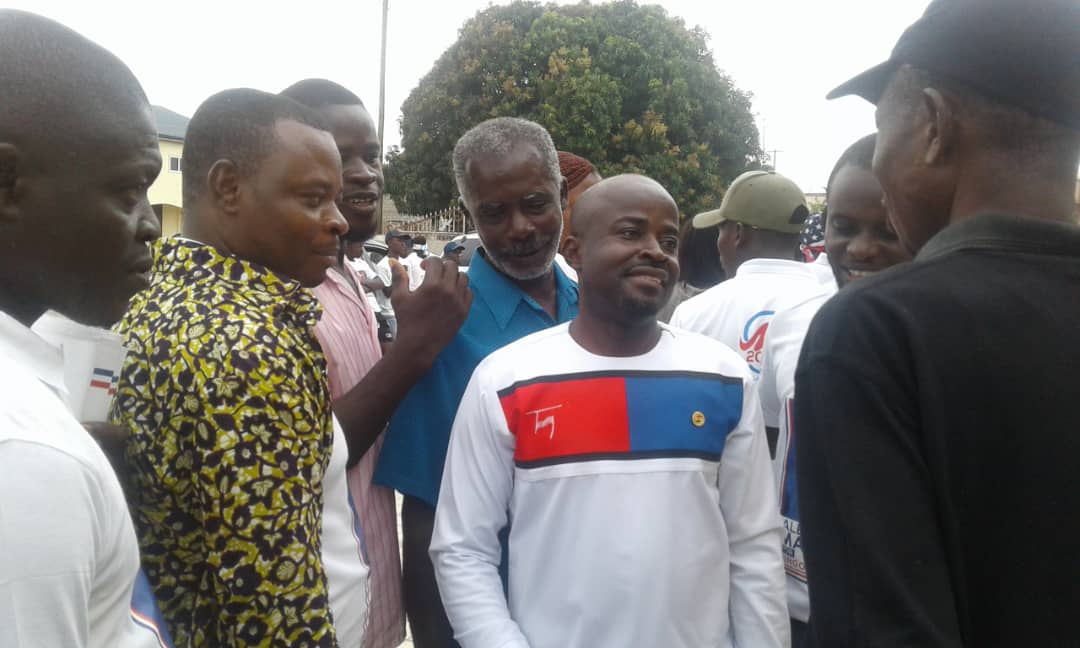 A Presidential Staffer is promising to deliver the Ningo-Prampram constituency seat for the New Patriotic Party (NPP) if voted as parliamentary candidate.

Alex Martey, a 44-year-old management consultant, said he is the best bet for the NPP ahead of the 2020 general election.

He made the comment after he submitted his nomination form at the party’s constituency office at Ningo-Prampram in the Greater Accra region. It was received by the Constituency Elections and Research Officer, Fred Brown Glover.

Mr Martey, who is with the Operations Directorate at the Jubilee House, said he is on a rescue mission.

Overwhelmed by his teeming supporters who accompanied him to the party office to pick his form, Mr Martey promised to deliver nothing but victory for the NPP in 2020.