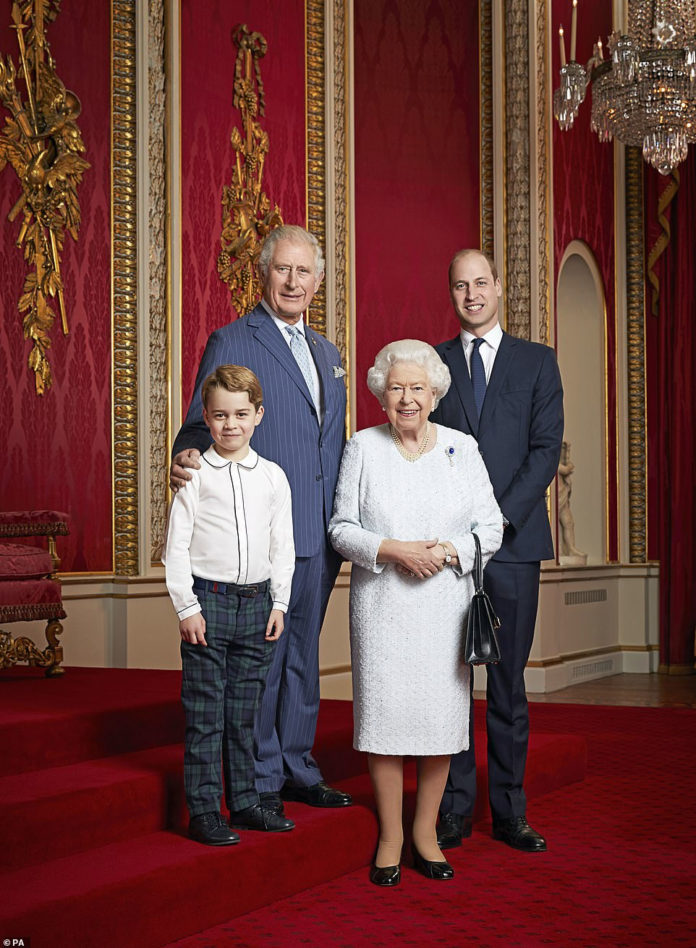 The Queen is celebrating the new decade with a royal portrait.

In the photo taken by Ranald Mackechnie in the Throne Room at Buckingham Palace on December 18, the royal Majesty, 93, was pictured alongside the Prince of Wales, Duke of Cambridge and six-year-old Prince George. All direct heirs to the throne of England.

The photograph is only the second time that a portrait of Her Majesty and her three heirs has been issued. The first was released in April 2016 to mark the Queen’s 90th birthday.