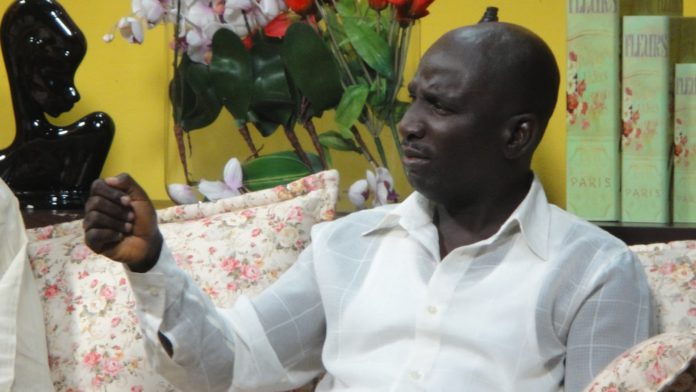 He noted that while the issue is a canker in the movie industry, some actresses also willingly entice movie producers with sex to get roles.

There have been constant complaints from up-and-coming actresses accusing movie producers of demanding sex before giving them roles.

Some of them claim that even after giving in to the demands they are sometimes not handed the roles promised.

Socrates Sarfo, known for producing movies like ‘Hot Fork’, commenting on the issue in an interview on Joy FM’s Showbiz A-Z on Saturday told host Naa Ashokor that the ladies are also equally guilty.

“We must not just pay attention to just the ladies, some producers may ask for sex before giving out roles but there are ladies who also offer sex to get roles,” he said.

He quizzed, “I have heard a lot of up and coming actresses complaining bitterly about being harassed by movie producers, should the producers take to the media to also voice out their share of the ordeal we are all going to see what happens in the country?”

To buttress his point, Mr Sarfo explained that, “In my field of work, we tend to meet beautiful and attractive ladies at all times but the point is, some of these ladies deliberately entice us with their good looks so as to win our hearts so we give them roles.”

He advised such actresses to focus and build themselves up and improve on their crafts.

That way, the producer noted, they may never be faced with some of these sexual harassments from producers.

I don’t fear anybody – Obofour fires

18,000 ‘made in Uganda’ phones exported to Morocco