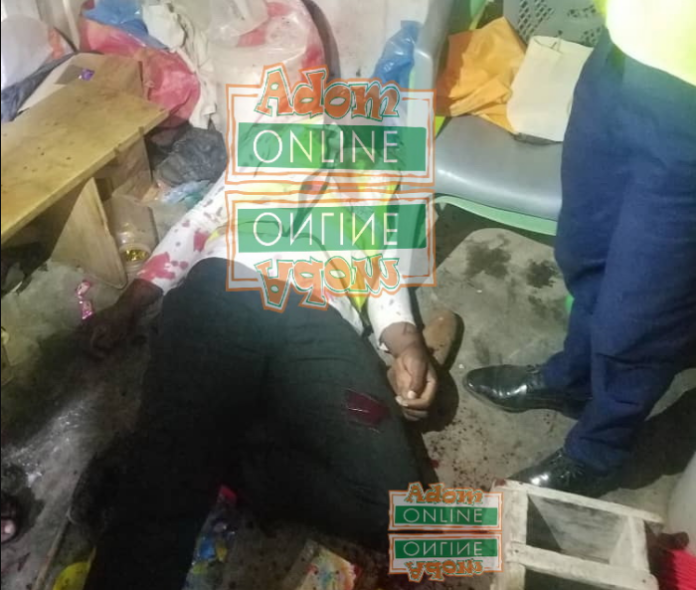 Some unidentified robbers have shot dead a policeman of the Kasoa Divisional Command leaving another in a critical condition at Kasoa Budumburam in the Central region.

The incident occurred around 2:00 pm, Wednesday.

Information gathered by Adom News suggested that one of the policemen, who is yet to be identified, died on the spot with the other battling for his life at the hospital.

ALSO: Video: Women expose their boobs to fight for right to go topless

Witnesses said there was an initial exchange of fire before the officer was found laying in a pool of blood.

Some witnesses, who spoke to Adom News’ Kofi Adjei on Asempa FM’s Ekosi Sen show, said the robbers were in an unregistered blue-black Toyota Camry from an area called Kasoa-Vodafone Heading towards the Ofankor Bawjiase road which is a major hideout for robbers.

“The policemen chased and crossed the vehicle of the robbers who opened fire on them killing one on the spot and another in a critical condition and sped off towards the Jei-Krodua road,” they narrated.

Click on attached audio for more in audio above: