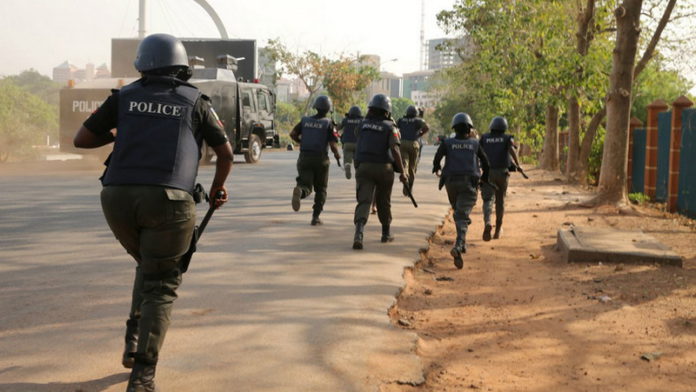 A 4-year-old boy identified as Abdulrahman Dalha who was kidnapped at Zangon Rimi quarters in Ungoggo Local Government Area of the state by the Kano State Police Command.

In a statement released and made available to newsmen by the Police Public Relations Officer in the state, DSP Abdullahi Haruna confirmed the rescue of the boy.

ALSO READ: Police on manhunt for uncle who defiled niece since she was 6 years

According to Haruna, “a complaint was received on Nov. 10 at about 1500hrs at Zango Police Division that unknown persons have kidnapped one Abdulrahman Dalha, a four-year-old boy of Zango quarters, Ungoggo LGA of Kano State, demanding N4 million as ransom.

He said the command’s Anti-kidnapping team of Operation Puff-Adder was immediately mobilised and directed to track down, arrest and bring the perpetrators to book within 24 hours.

He said the operatives swung into action and arrested the principal suspect at Zangon Dakata quarters while planning to collect the ransom.

The Police spokesman said the principal suspect, Anas Isa, 22, confessed to the commission of the crime and led Puff-Adder operatives to the house of his aunty at Inusawa village in Ungoggo Local Government Area where the kidnapped victim was rescued.

“His accomplice, Umar Hassan popularly known as Liman of Zangon Rimi, a relative to the victim was apprehended. The suspects will be charged to court as soon as investigation was concluded,“ he said.

He,therefore, called on the residents of the state to continue to cooperate with the police by giving timely information for prompt response.