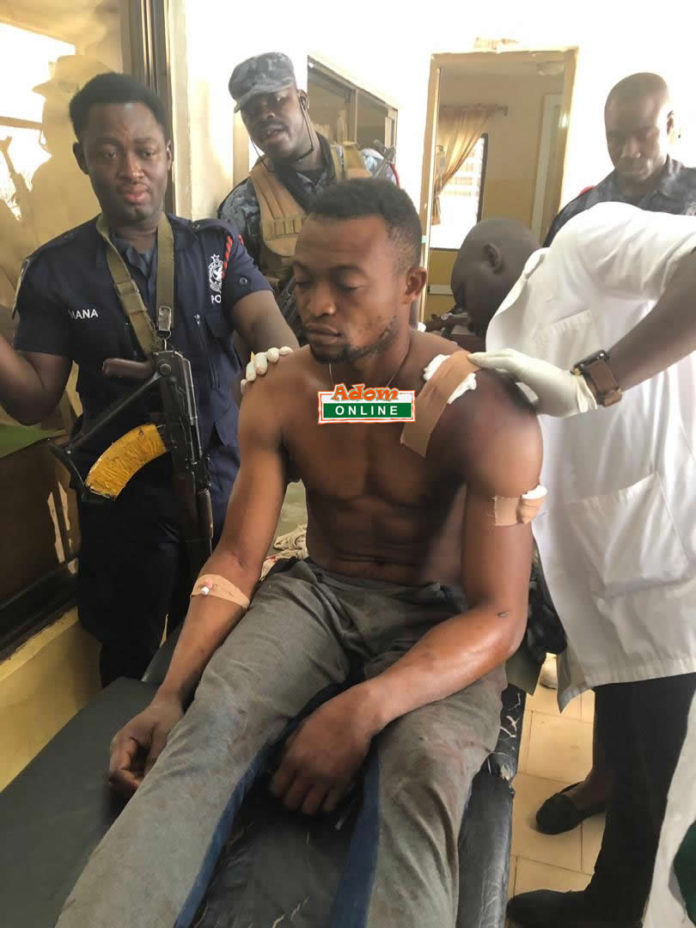 A 33-year-old man, identified as Abdul Dramani, suspected to be part of a gang that stole railway metals from the Ohene Nkwanta Railway near Odumasi in the Ashanti region has been arrested by a police taskforce in the Asante Akyem Central District.

According to the Konongo District Commander, Supt. Shaibu Osei Saddick, they received a report that a sprinter bus with registration number GR 145-15 has been used to steal 17 pieces of railway lines metals from the area.

ALSO: Check out the breakdown of $4.5m AFCON 2019 budget that has got many angry

Speaking in an interview with Adom News, he disclosed that a patrol team, led by Sgt Sulemana Seidu with assistance from the Kumasi Regional Highway Patrol Team, arrested one of the suspects after a tip off from the Konongo Government Hospital.

“We got information from the Konongo-Odumasi Government Hospital that one Abdul Dramani, aged 33 years, was there with an injury on his left shoulder to seek medical attention which was suspected to be a gunshot injury.

ALSO: Video: Free SHS appreciated by all; only rich people are murmuring – Napo

“We proceeded to the hospital and upon interrogation, he admitted being a member of the robbery gang and was arrested by the team,” he narrated.

According to Abdul Dramani, his gang abandoned the vehicle and the metals and fled into a nearby bush when they sighted a patrol team approaching the scene but he was shot.

Meanwhile, the suspect under police guard is responding to treatment at the hospital as the police mount a search for the owner of the sprinter bus to help apprehend the driver and his accomplices.