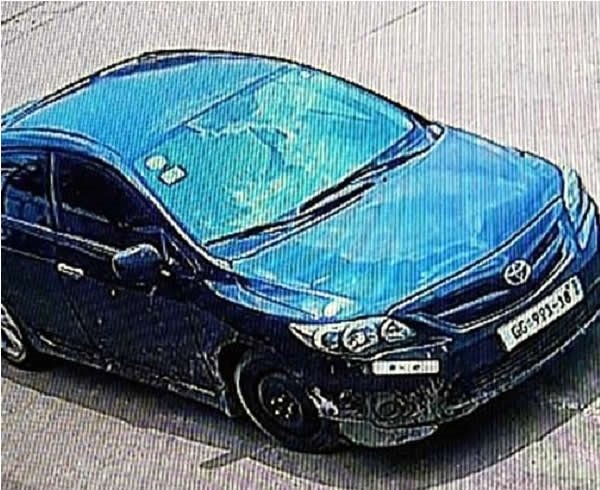 Police have launched a manhunt for three robbers who attacked a Shell fuel station at the Tema Motorway Roundabout on Sunday.

According to a statement from the police, the three robbers “arrived at the filling station onboard a black Toyota Corolla saloon car with registration number GG 991-18 at about 11.50am, held seven workers and two customers hostage at gunpoint, and robbed them of their valuables.”

In a related development, the Chronicle newspaper is reporting that the occupants of a Toyota Corolla, who shot the dispatch rider of former president Flt-Lt Jerry John Rawlings, were the same people who robbed the Tema Motorway Roundabout Shell Station.

The outrider, Sgt Atsu Sekeh of the Central Motor Traffic and Transport Department (MTTD) in Accra, who is assigned to the former president, was on Saturday, at about 11 pm, shot by unknown gunmen using a blue Toyota Corolla at Tema Community 22.

“Exactly 12 hours later, the same vehicle became the getaway car during a robbery expedition at the Motorway Roundabout in broad daylight,” the newspaper attributed the story to a source within the police service.

Read the full statement from the police on Sunday’s robbery below.

The Tema Regional Police Command is on a manhunt for three robbers who robbed a shell filling station at the Tema Motorway Roundabout on Sunday, July 14, 2019.

The three men arrived at the filling station on board a black Toyota Corolla saloon car with registration number GG 991-18 at about 11.50am, held seven workers and two customers hostage at gunpoint, and robbed them of their valuables.

The rest are GH¢3,000 worth of MTN recharge cards, a system unit, and an unspecified amount of money. Nobody was injured during the robbery.

Police have, however, visited the crime scene, and have in their custody the CCTV footages, which are currently being examined.

We assure the public that the police are working assiduously to make sure the perpetrators of this crime are brought to book.

We are appealing to the general public that anyone with relevant information that will help crack this case should not hesitate to contact the nearest police station, or contact police on the following numbers: