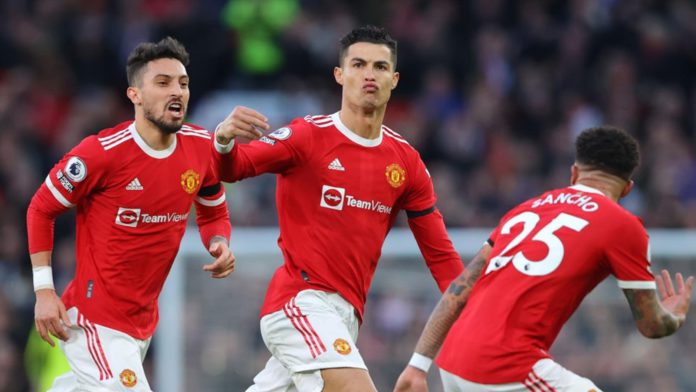 The Portuguese star, who is apparently not in the plans of prospective new boss Erik ten Hag, netted twice in the first half to give United a lead and then blasted a free kick home after the Premier League’s bottom club had levelled the score at two-apiece.

An error from Ben Gibson allowed Anthony Elanga to set up a tap-in for the United striker with seven minutes on the clock and just after the half-hour mark he headed home Alex Telles’ corner.

Norwich would not give in though and Teemu Pukki crossed for Kieran Dowell to head home on the stroke of half time, before scoring himself when played through by Mathias Normann seven minutes after the restart.

Ronaldo had the last word though, smashing home from 25 yards to bring United within three points of Tottenham Hotspur in fourth place. Norwich remain at the foot of the table seven points from safety.