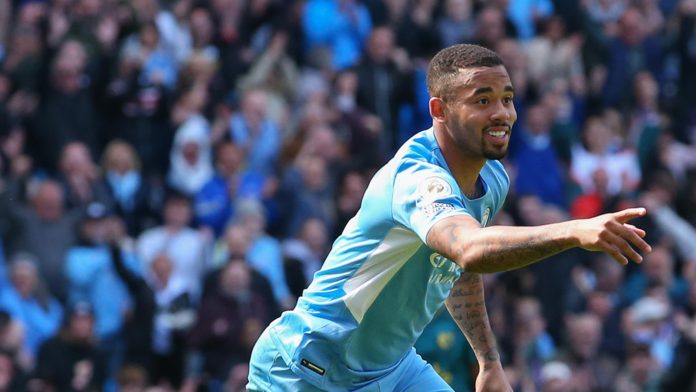 Gabriel Jesus put speculation about his future at the club to one side as he scored an amazing four goals to help Manchester City demolish relegation-threatened Watford.

The victory moves Pep Guardiola’s side four points clear at the top of the Premier League table.

The Brazilian opened his account with a fourth-minute goal, slotting home from Oleksandr Zinchenko’s low cross before Kevin De Bruyne’s sensational delivery set him up for a second in the 23rd minute.

Hassane Kamara’s first goal for Watford halved the deficit just five minutes later to give Roy Hodgson’s side hope, but Rodri’s rocket from distance put daylight between the teams once more 10 minutes before half-time.

Jesus sealed his treble almost immediately after the restart, converting the penalty he won after being upended by Watford goalkeeper Ben Foster, and De Bruyne laid on another assist as Jesus scored his fourth.

The victory moves Manchester City four points above Liverpool who have the chance to respond tomorrow at Anfield as they host neighbours Everton.

At the opposite end of the table, Watford remain 19th, seven points adrift of safety with just five games left to play.