Residents of Odupong Ofaakor, a farming community in the Awutu Senya East Municipality of the Central Region are compelled to live without social amenities such as potable water, clinic and roads for years.

The situation has led to residents drinking water from a hand-dug well which serves as the only source of water for over 5,000 residents.

Unfortunately, that only well also runs dry during the seasonally.

Chaotic scenes are recorded at the well during the dry season as residents in search of water sleep overnight at the mercy of the weather just so they can have water for their domestic and other uses.

Youth Leader, Alhassan Odupong, told Adomonline’s Dorcas Abedu-Kennedy during a visit to the area that the struggle for water robs residents, especially school children, of productive hours as they spend most of the day in search of water anytime the well runs dry.

“We lack water in this town. This well you see here is the only source of water for us. Thank God it’s raining. The rains fill the well but runs dry during the dry season, possing a big challenge for us. Some of the residents have to forgo their daily activities and sleep at the well so that they get water for their chores,” he said.

No hospital as drivers abandon residents over bad roads 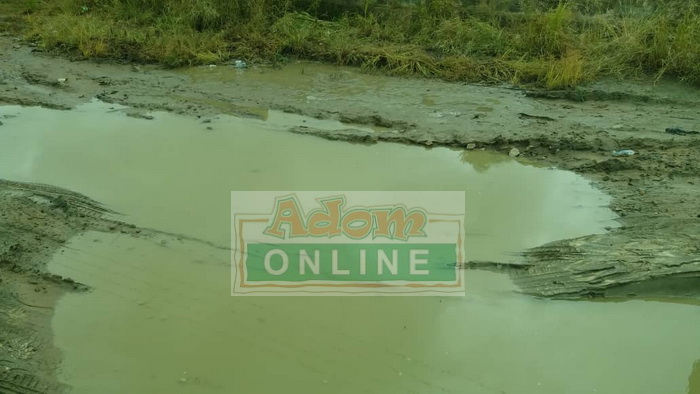 As though the lack of potable water isn’t enough challenge to residents, the town cannot boast of a single health facility. This means pregnant women and other members of the community have to travel to Kasoa in the Central Region, several kilometres away from the town, to access health care.

The headache of residents doesn’t end there as vehicles have stopped plying the road due to its unmotorable nature.

The situation has brought business activities in the town, virtually, to their knees, forcing several tons of farm produce meant for the market to rot.

“Our women always develop complications whenever they are due to deliver. This is because we have no designated health facility in the community. If one is sick or pregnant, they are compelled to walk to the next town before boarding a vehicle to the hospital,” Mr Odupong explained.

He blamed the poor road network for their woes as a community.

“The bad roads have also contributed to that because commercial vehicles have refused to travel here. Drivers refuse to come even when they are called and that has affected us a lot,” he cried.

He wants the government to provide the town with some amenities.

A resident, Hoffman Acquaye appealed to the government to fix the poor drainage system in the town, saying running water from an open gutter in the middle of the town does not only run into people’s homes but also makes a section of the town flood anytime it rained. 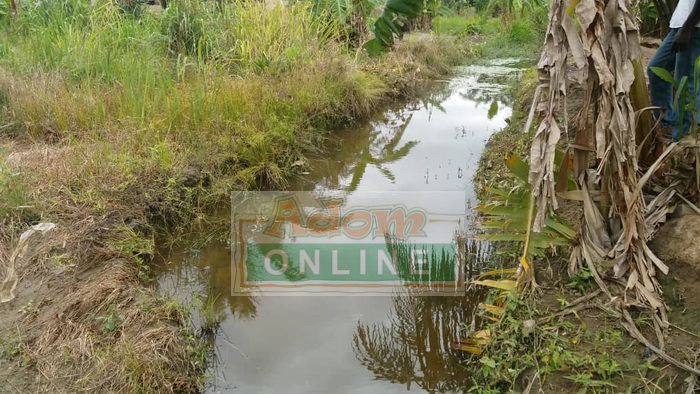 “This gutter you see here is very big; in a rainy season like this, we cannot go to our homes as the floods make it impossible for school children and women to cross the bridge”, Acquaye narrated.

His appeal is supported by Charles Kontor, who says efforts to seek external support have yielded no results. 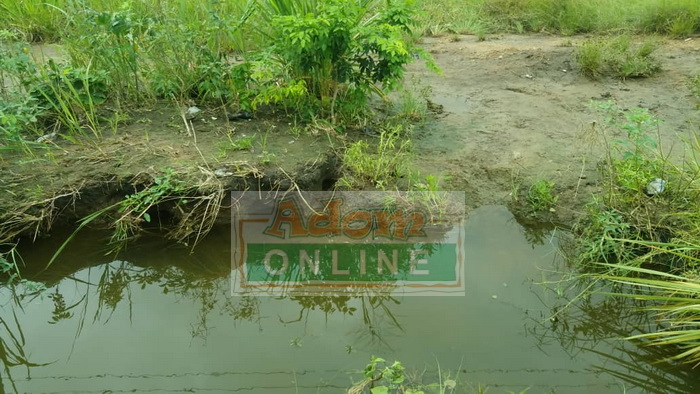 “We always complain to our leaders but it seems all have fallen on deaf ears. It is really affecting us and something needs to be done about it,” he cried.

For residents of Odupong Ofaakor, a stitch in time will not only save nine but also help improve lives in the community.