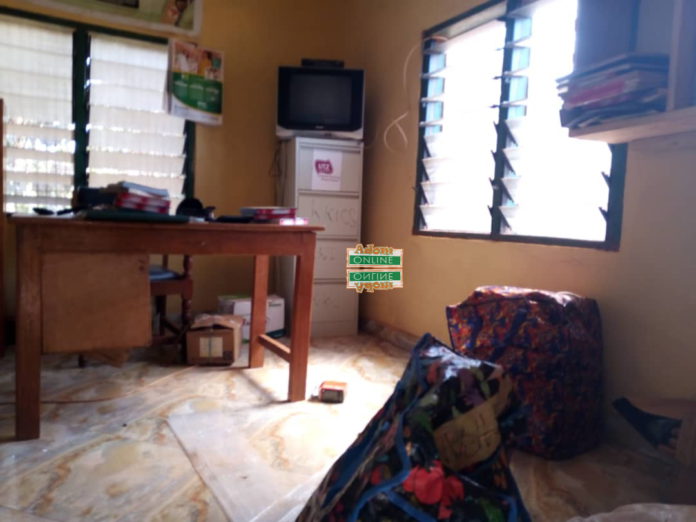 An eight-member robbery gang on Wednesday around 1:30pm stormed and robbed the Aduapa Cocoa depot at Asempanaye-Juaboso in the Bia West District of the Western region.

Wednesday’s incident follows a similar robbery at Sefwi-Bekwai within the same area where they bolted with GH₵974,000.

Reporting the incident on Adom FM’s Dwaso Nsem, Thursday, Adom News’ Kojo Prekese said police in the area are helpless in fighting the menace due to the lack of logistics.

“The area is a cocoa hub and these are the stories we normally hear in the cocoa season. The robbers on Wednesday bolted with GHc974, 000 cocoa money,” he narrated.

A Plus scores Akufo-Addo 30%, says Mahama is better

According to Kojo, the lack of police logistics and the deplorable nature of roads have greatly contributed to robbery cases in the area.

“The Asempanaye police station is in a deplorable state and does not even have a motorbike to respond quickly to crime in the area,” he said.

“The Chief Inspector does not have an accommodation and sleeps on a student mattress placed on two benches at the station,” he added.

Meanwhile, no casualties were recorded in the robbery and no arrest has been made so far.