The Assin South District Assembly in the Central Region, in collaboration with the District Educational Directorate, has held a mass burial for the five kids who were killed by an articulator truck.

The sad incident occurred on Friday, November 16, 2018, when the six school children of the Atobease-Kyekyewere D/A Basic School were sent by their teachers to the mill where they were expected to grind maize. 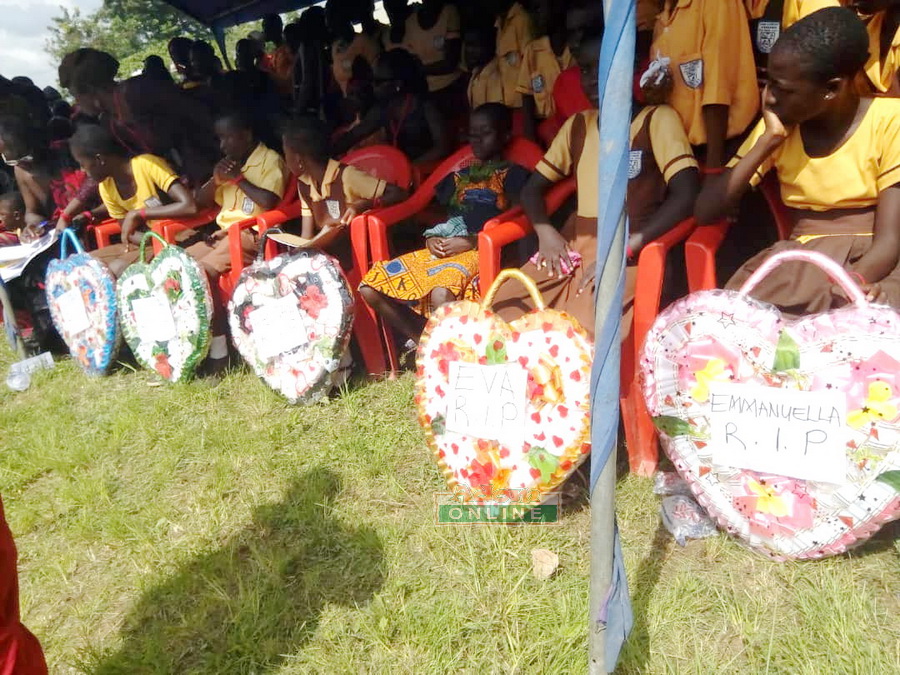 Hundreds of people including chiefs, pastors, teachers, school children and people from all walks of life, were at the Assin South District Assembly where the mass burial service was held to pay their last respects to the departed souls.

The girl’s prefect of Atobease – Kyekyewere D/A Basic school, Rhoda Baah, who presented a tribute on behalf of the school wept uncontrollably during the presentation.

Listen to the emotional tribute of the girl’s prefect below:

The District Chief Executive (DCE) of Assin South, Derick Owusu Ambrose, told Adom News it was necessary for the Assembly to take it upon themselves to bury the kids. 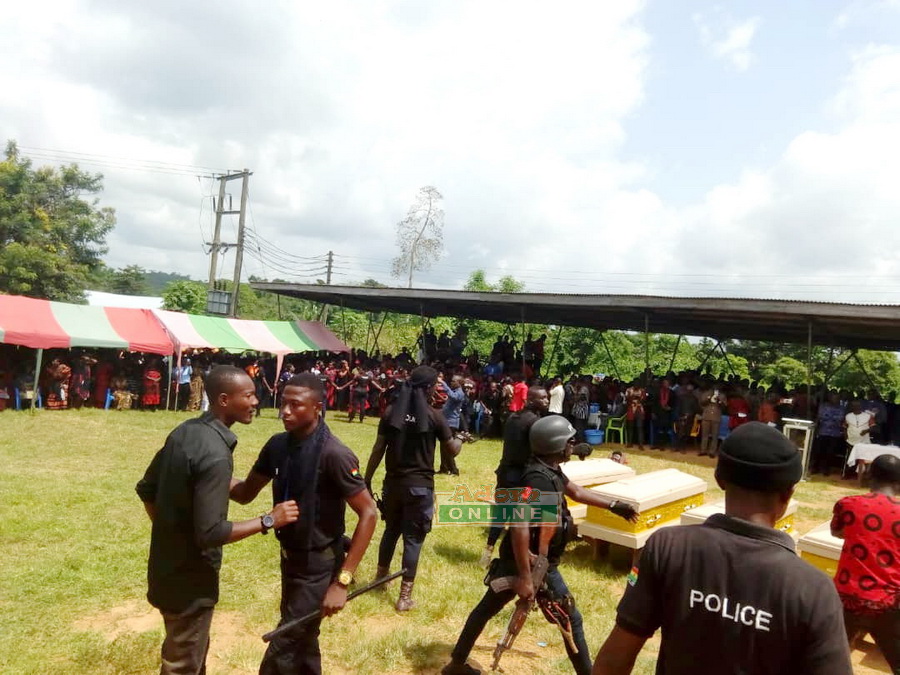 “No parent was prepared for such a misfortune so we had a discussion with them to allow us to take charge to help subdue their pain”.

Four children out of the six died on the spot, leaving two in very critical conditions of which one died on their way to the hospital. 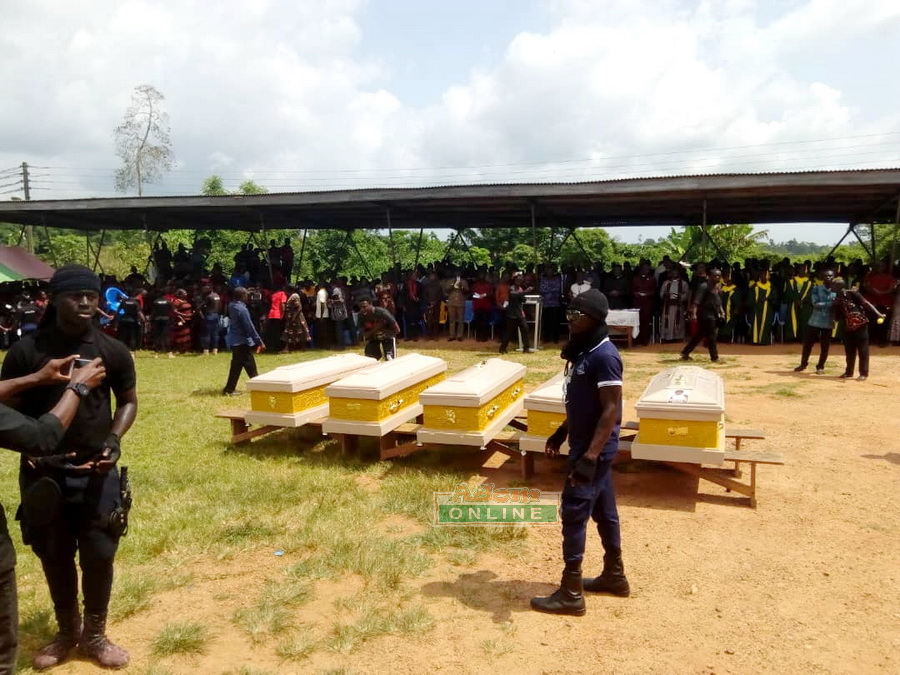 However, in an interview with the mother of the only survivor, she explained her child is now stable and responding to treatment.

Woman narrates how her mother had an affair with her husband...