Residents of Okorase, a suburb of Koforidua in the Eastern Region were terrified on waking up on Tuesday morning to discover the lifeless body of a young lady believed to be in her early 30s on the Eagle Care Guest House road.

The lady identified as Janet Tetteh is a seamstress apprentice according to local residents. 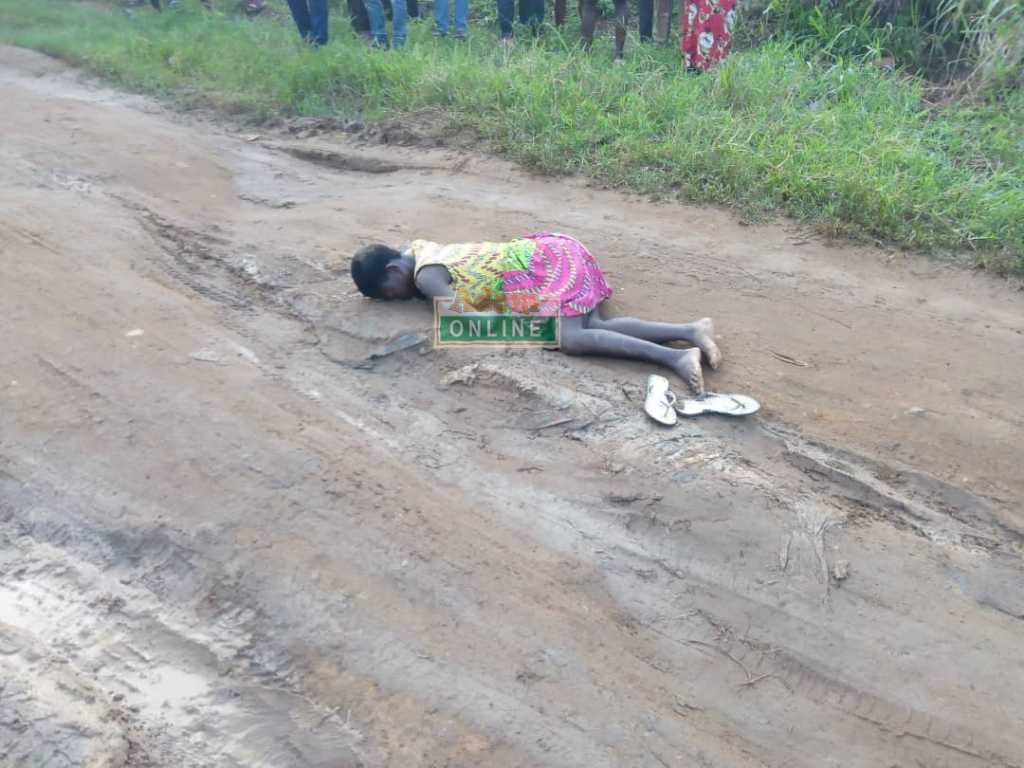 Her lifeless body was found in a batique dress without panty or underwear. Many have described her as a very calm person who hardly talked to people.

Family members and some allies say, she closed from work around 5 pm on Monday and went home to bath and cook dinner before she was later seen going out in the evening only for her lifeless body was discovered in the middle of the road Tuesday morning. 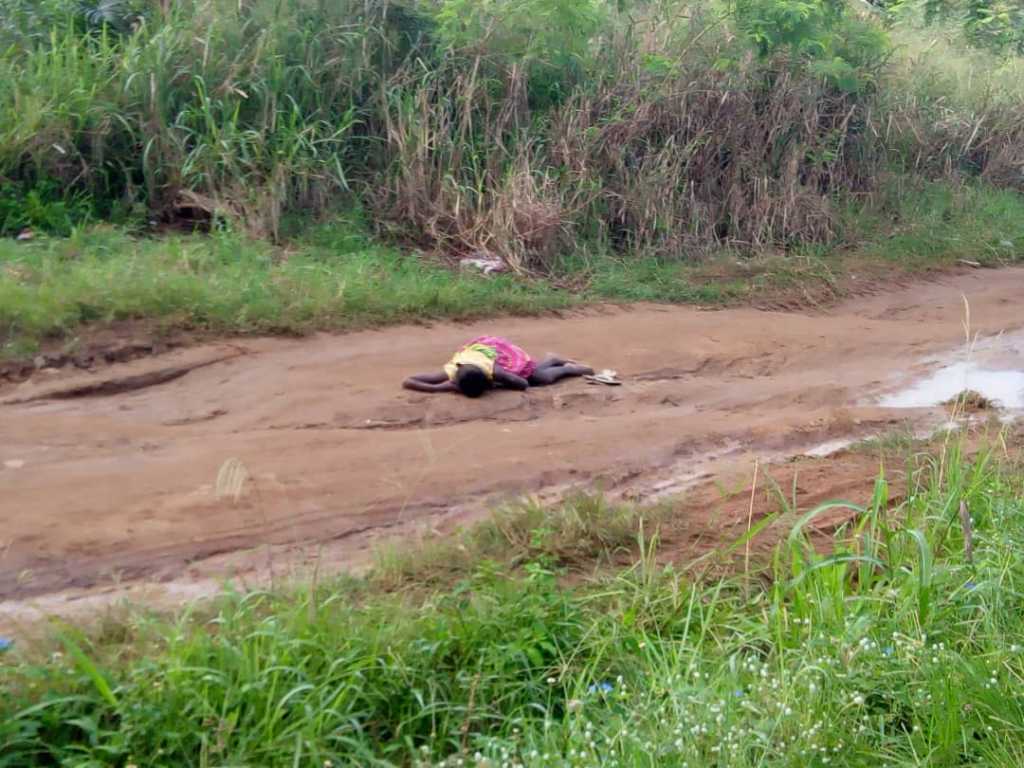 Residents, pedestrians and school children stopped over to watch and sympathized with the lifeless body from dawn till around 8:30 am when the police came in to convey the body to the morgue.

Some family members and relatives including Jane’s boss are still in a state of shock and wondering what could have triggered someone to murder her. 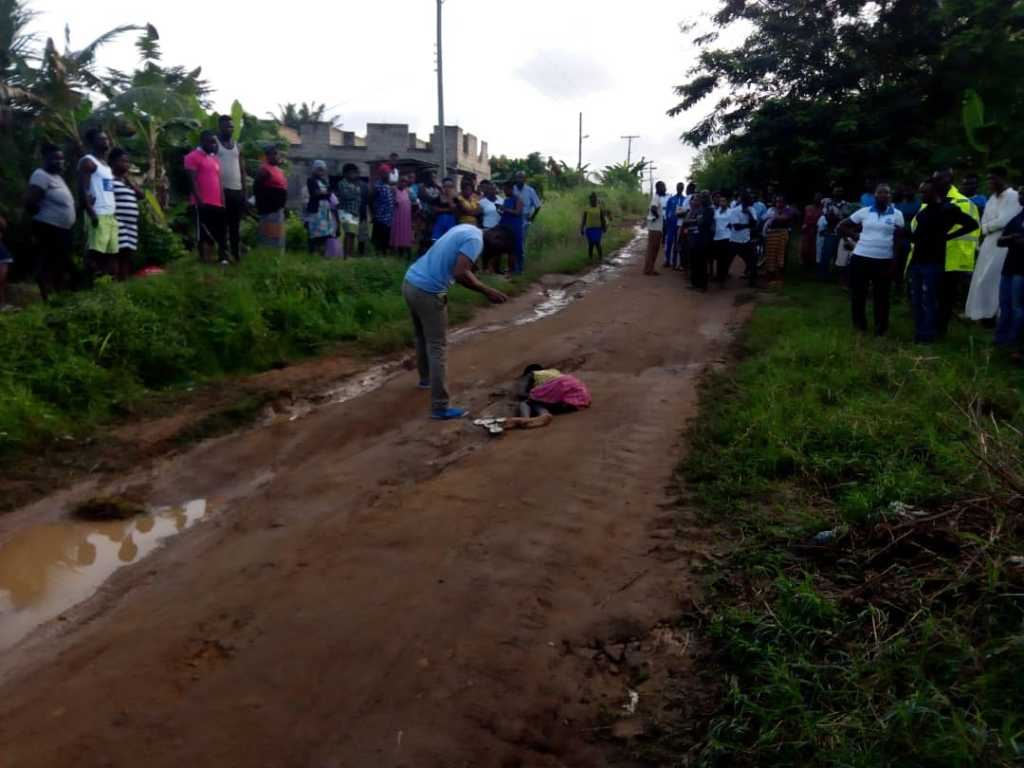 Meanwhile, a careful observation of the body shows that the deceased was not wearing an underwear.

Some residents who have refused to speak on record say her underwear was discovered in a nearby bush, raising suspicion of a possible gang rape.

Police are, however, investigating the case.