A woman has fulfilled her bizzare 14-year dream of holding her own funeral – while still alive.

Vera Lucia da Silva, 44, arranged to carry out her bizarre wish to lie in a coffin all day while family and friends pretended she was dead and she said it was ‘the best day of her life. 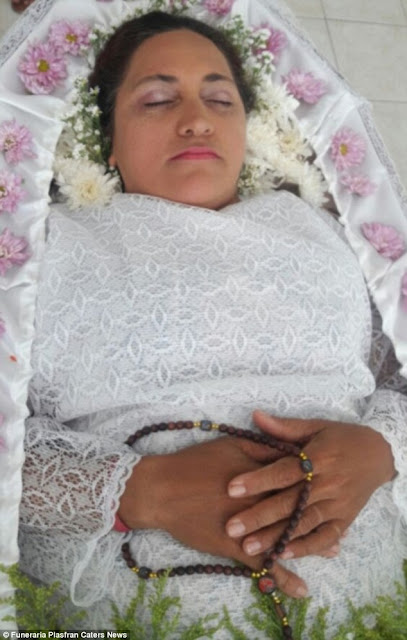 According to Daily Mail, the extraordinary ceremony, which was held on the Day of the Dead celebration in South America on Wednesday, November 2, took place at a funeral home in Camocim, a seaside resort in north east Brazil.

While her friends and family were against the idea, they dressed in black and visited throughout the day in a show of support.
The owner of the Eternal Garden Funeral home, Paulo Araujo, donated the coffin and the space free to Vera, as a gesture of good will. 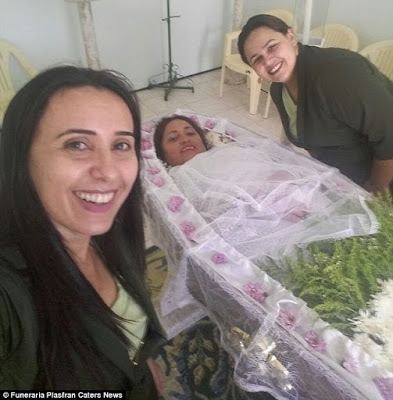 ‘I wanted to hold my own funeral 14 years ago. I’ve waited a long time and can’t believe that at last this wish has been granted.
‘When I invited my friends and family they thought I was joking and they didn’t take it seriously.’

Mr Araujo said Vera has been trying to persuade him to fulfil her desire for five years but he has always resisted up until now. 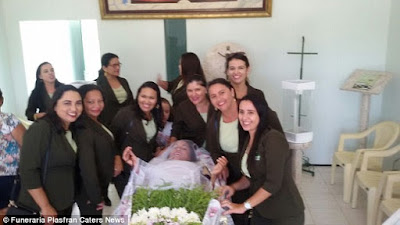 He said: ‘Her husband has always been unhappy with the idea and has stopped her from doing it before.
‘But this time she finally managed to persuade the rest of her family to agree to the idea, so we went ahead. 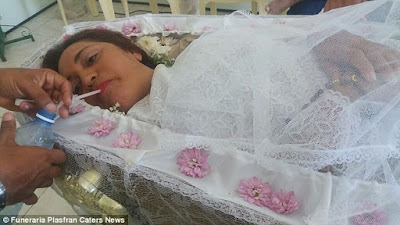