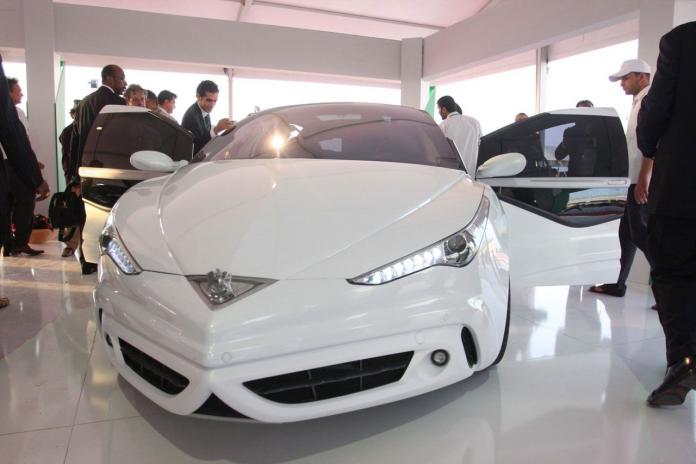 Although Africans have been manufacturing durable, fancy and affordable cars for some time now, they may not have been gaining international recognition like that of other international automobiles company like Toyota, Mercedes-Benz, Honda and few of others.

We have seen the likes of Nigeria’s Innoson motors led by Innocent Chukwuma of Innoson Motors, Morocco’s Mohamed Laraki and Kantaka cars from Ghana who are changing the narratives with the made in Africa cars and innovations. The most fascinating aspect is that they sourced for the vehicle’s material locally and can compete at the international market.

From Kantanka in Ghana to Wallyscar in Tunisia; here’s a list of some cars manufactured in Africa by Africans for the African Market.

Founded in Morocco by businessman and car designer, Mohamed Laraki, in 1999. Its first car, the Laraki Fulgura, was produced in 2002.

Powered by a Mercedes-Benz engine, the car makes use of the 1991 Lamborghini Diablo Chasis.

It then produced the Borac and followed that up with Epitome, and has kept growing and evolving since then.

The brainchild of Nigerian born entrepreneur, Innocent Chukwuma, The Innoson Vehicle Manufacturing Company is the first technology company to manufacture cars in Nigeria.

Innoson Motors is one of the continent’s biggest car manufacturers. It has produced luxury vehicles, minibuses, and trucks. Innoson cars are already on sale and in use in Nigeria and the Nigerian government is one of its major clients.

It was launched in 1999 by its inventor; Libya’s former leader, Colonel Muammar Gaddafi. Gaddafi engineered this rocket car to be the safest car in the world.

The five-passenger car has an inbuilt electronic system, a collapsible bumper which protects passengers in head-on collisions, as well as an interior that is designed with airbags to make it extremely safe.

Measuring 17 feet long and over six feet wide, it comes with a 3-litre, V-6 gasoline engine. It also has the ability to run hundreds of miles on a flat tire, and can easily cut off fuel supply in case of fire.

The prototype cost 2 million Euros to make. It was intended to be mass produced at 50,000 Euros.

Kantaka Automobile was established in Ghana by Dr Ing. Kwadwo Safo Kantanka. The company produces both saloon and rough terrain vehicles. Its SUVs include ‘Nkunimdie’ and ‘Kantanka Opasuo’. There is also the Kantanta Onantefuo 4×4 pickup.

At the moment, some Africans are already owners of this proudly made in Ghana car. They are on sale in of colours and models. Katanka Automobile’s manufacturing plant is located in Gomoa Mpota in Ghana’s Central Region.

The small but powerful Wallyscar is manufactured in La Marsa, Tunisia. Founded in 2006, the company is known for building for affordable, reliable and powerful 4X4s, despite the size of its vehicles, which are similar to Suzuki and Skoda.

Reports from 2014 indicated that the company sells over 600 units a year. Its sales are predominantly made in Africa and the Middle East, as well as in Panama and Europe. The company’s plans include making its sporty, colourful, off-road vehicles more environmentally friendly, as well as trying its hands on international off-road motorsport.