Ten persons have sustained injuries when the car they were traveling in got involved in an accident at Airport Junction, near Fetteh Kakraba on the Kasoa-Cape Coast Highway. 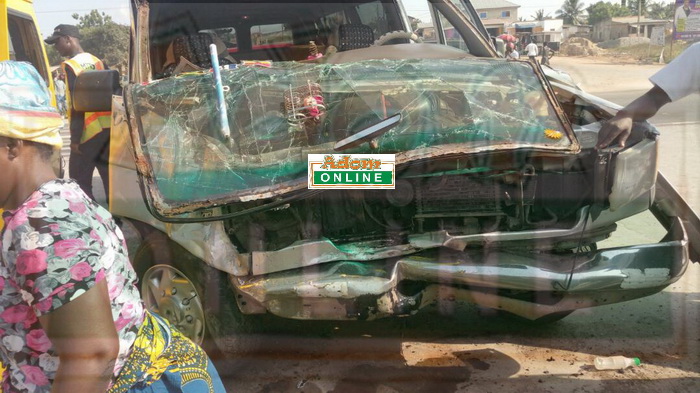 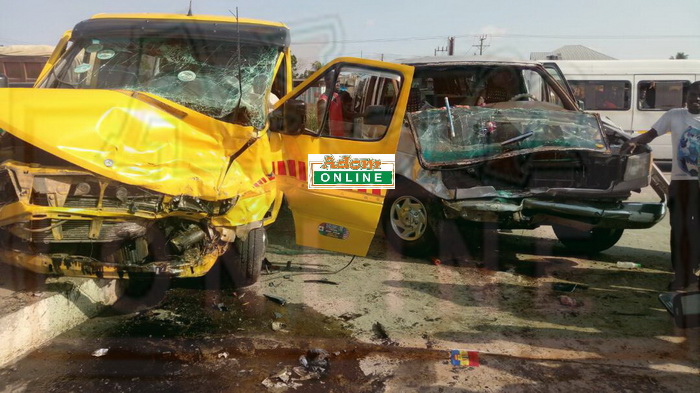 The Sprinter was said to be traveling with commuters from Accra to Cape Coast while the Ford was from Takoradi to Accra.
An eyewitness, Kwabena Acheapong, told Adom News’ Kofi Adjei that the Ford overtook a water tanker [wrongly] before colliding with the sprinter.