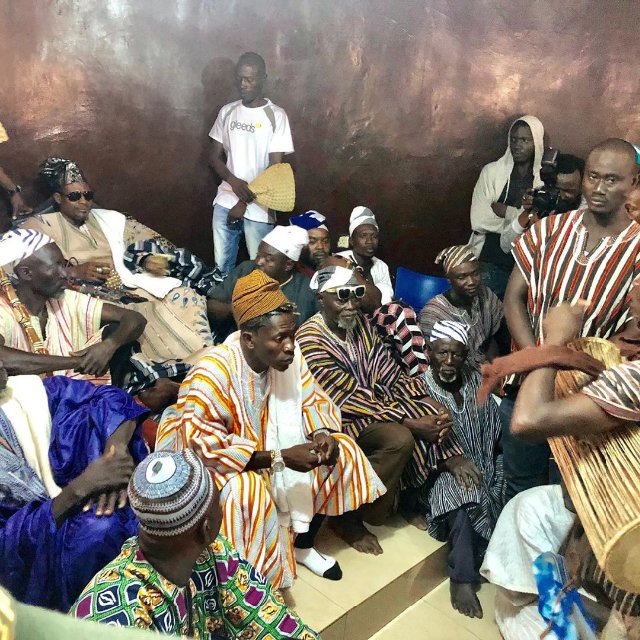 Charles Nii Armah Mensah Jr, popularly known as Shatta Wale, has been enskinned ‘Dancehall King’ by the Chief of Tamale.

Chief of Tamale, Nyeb-Dakpema Fusieni Bawa, enskninned the controversial singer as ‘Dancehall Naa’ (Dancehall King) at a ceremony in Tamale on Friday.

Hundreds of fans and well-wishers trooped to the Dakpema Palace in Tamale for the ceremony.

“Thanks to his eminence the Chief and elders of the palace in Tamale, the people and youth of Tamale for the honour bestowed upon me. I know your prayers and love will fortify this union and open doors for the youth and people in Tamale and the rest of northern people. I am humbled,” Shata Wale, dressed in a smock and some other traditional regalia, said after the ceremony.

After the ceremony, Tamale music star, Maccasio joined Shatta Wale and hundreds of teeming fans for a float across some principal streets of Tamale.

The dancehall act is scheduled to join Maccasio for a concert at the Aliu Mahama Sports Stadium this Saturday, June 8, 2019.