The President of the Republic, Nana Addo Dankwa Akufo-Addo, has stated that the schools established by Churches formed the attitudes to life and characters of many Ghanaians, stressing that, today, more than ever, the traditions of discipline and hard work that characterised the Presbyterian schools of old are needed in our country.
With religious groups now concentrating on the tertiary sector in the provision of education, President Akufo-Addo has made a heartfelt appeal to the Presbyterian Church to take a look back to the early childhood sector. 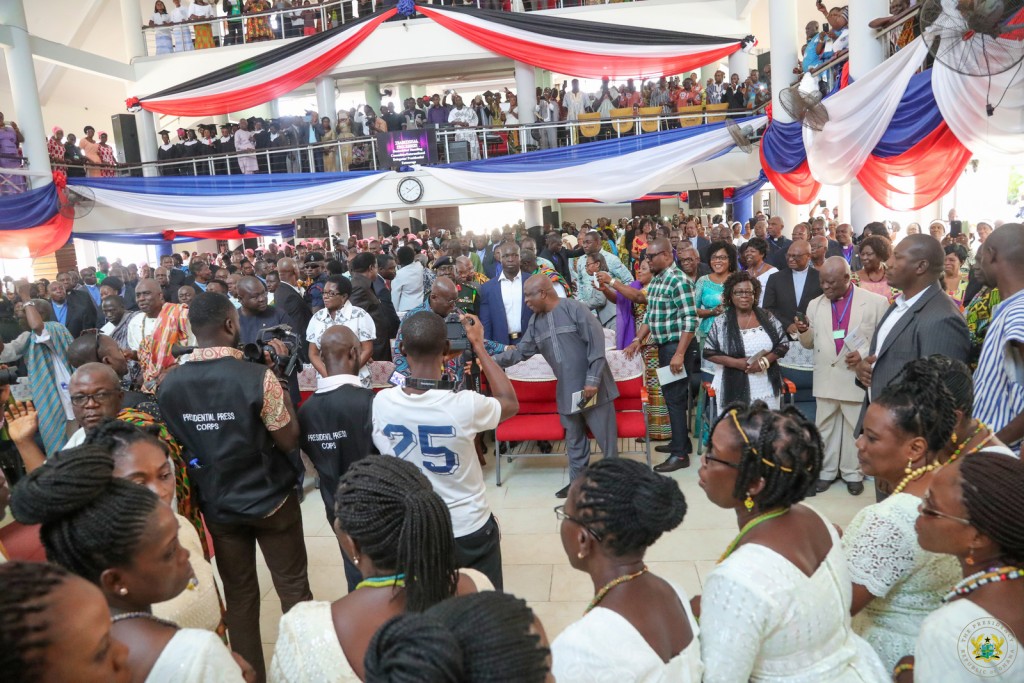 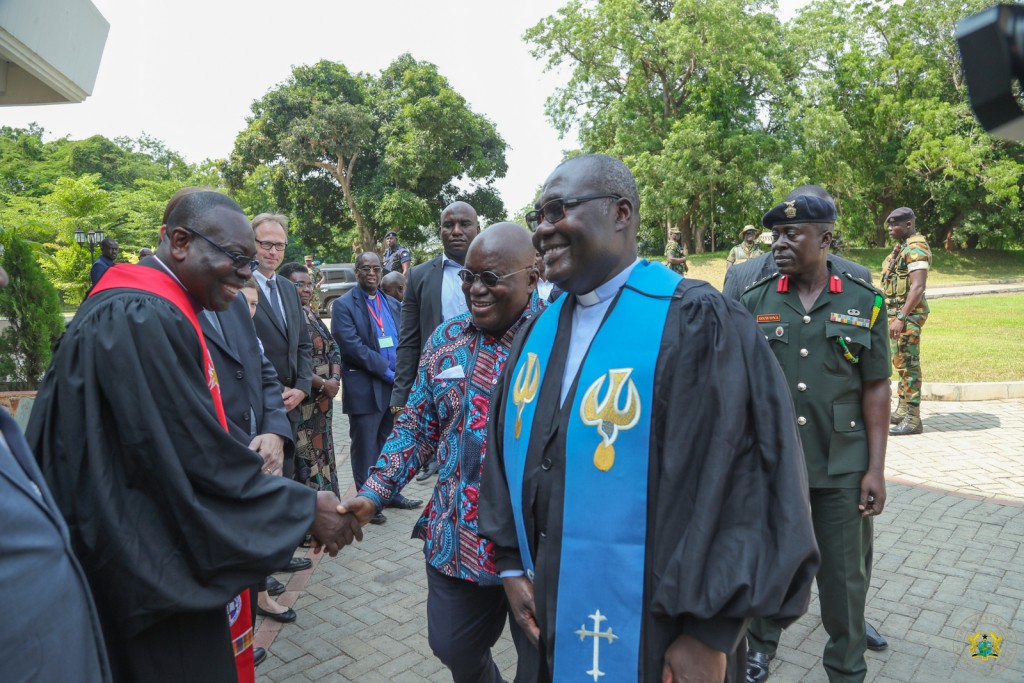 The President stated that the Churches have a proven track record in the early childhood education sector, and urged them to go back there, for their expertise is sorely needed.
“I am aware that the growth of the Church is, quite properly, a big consideration in the decisions that you take. The theme of this General Assembly is ‘Breaking New Grounds’, and I offer you the famous saying of St Francis Xavier: ‘give me a child until he is seven, and I will show you the man’. In other words, catch them young, catch them at pre-school and at kindergarten, and you have them for life,” he added.
Thus, there is an urgent need, he added, for solid Churches to step up and take the children until they are seven, and mould the men and women that would build a successful Ghana.
The schools that were “Presbyterian” schools, the President indicated, used to be easily distinguished by the behaviour of their students, and by the orderly nature of the campuses.
“They stood out, and we all took pride in them. There is a great opportunity for the Evangelical Presbyterian Church to take the opportunity that presents itself today, and play a leading role in the early childhood education sector. The values of the Church are desperately required in this critical sector,” he added.
Imbibe Presbyterian values
Stressing on the things that set apart the early Presbyterians in this country, including the Salems or Kpodzi, as they were known in the Bremen Presbyterian parts, President Akufo-Addo explained that these were the communities that developed around the early Presbyterian Churches around the country.
“The houses were well-laid out, they were clean and orderly, those who lived there obeyed the rules and regulations of the community, and there was a sense of communal responsibility. People genuinely believed in being each other’s keeper, and one could say that it, indeed, took the entire village, the community to bring up a child,” he said. 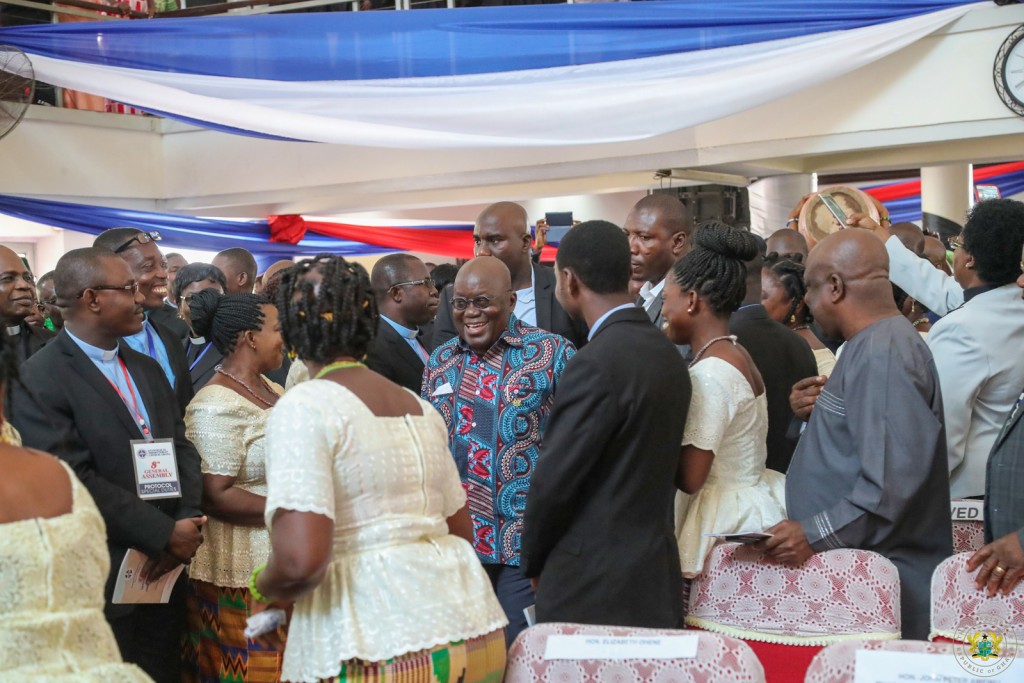 The President continued, “They harvested rainwater, they took great care and were protective of the environment. They planted trees and vegetable and flower gardens. They were great proponents of educating the head, the heart and the hand, and when you established your first secondary school, Mawuli School, you gave it as the school motto: Head, Heart and Hand. Even though they laid great emphasis on education, they were not afraid of working with their hands, and they produced scholars and artisans of great repute.”
These communities, the President added, celebrated success, and everybody in the community took an interest in the schools and their management. The teachers were held in high esteem, but were also held accountable to the community. In other words, these communities were the epitome of what many people feel we lack today in our communities and in our nation; cleanliness and orderliness; a sense of communal responsibility; and being each other’s keeper. 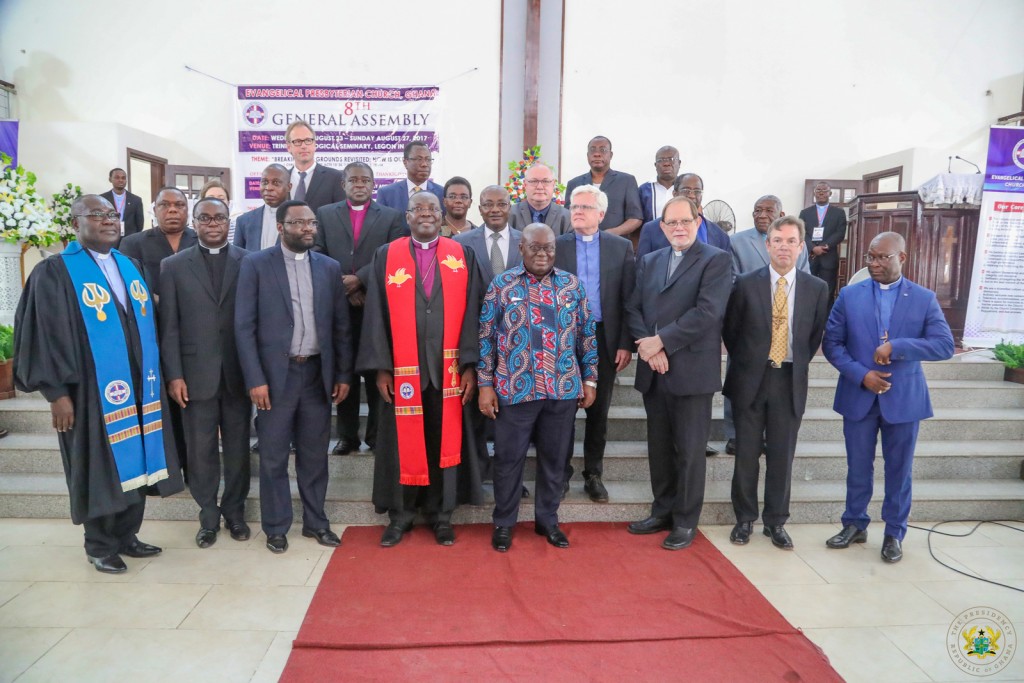 “I ask you to capture the spirit you were known for, and let us build the self-confident and prosperous Ghana we all desire. And yes, I hear you, Moderator, I hear you loud and clear about the sad state of Amedzofe College of Education and the Technical and Vocational Training School at Alavanyo.
You know you touch a nerve close to my heart, when you talk about the training of teachers and technical and vocational training. Those are the areas that require urgent attention. I promise I shall alert the Minister of Education and urge him to put Amedzofe and Alavanyo on his To-Do-List,” the President assured.