Do you remember MzzNaki, a Ghanaian plus-size nurse who was fat-shamed on social media after her husband Kojo Prince shared their pre-wedding photos?

Am sure, you do now, MzzNaki made headlines on both local and International news websites because of her body size. 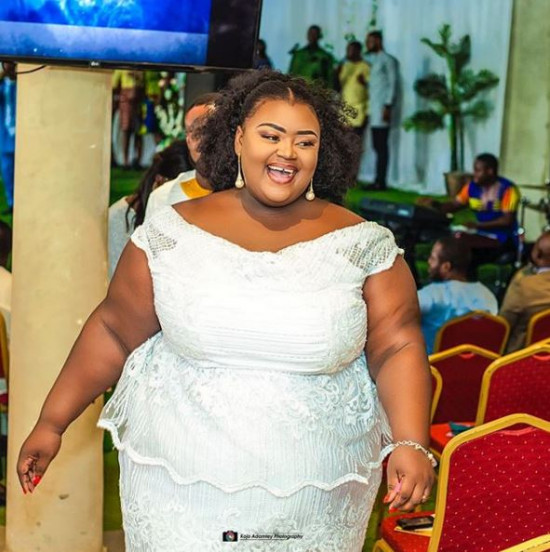 The beautiful nurse who walked down the aisle with her engineer husband in 2016 now has two beautiful children.

MzzNaki who gave birth to her second child last month couldn’t hide the excitement, she just had to show off her children on her social media page. 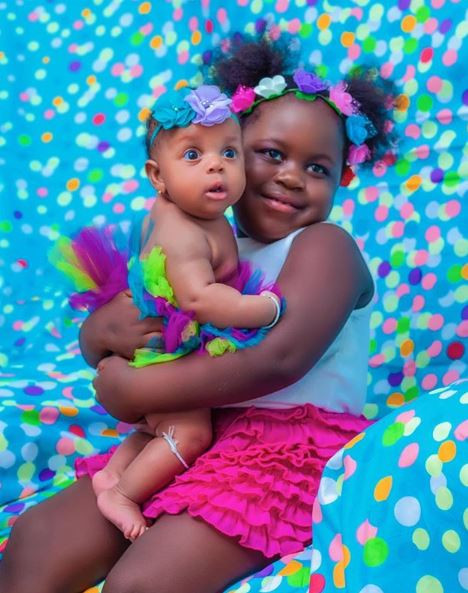 “Ok now meet my princesses..Kourtney and Kharis … My world in one picture” she followed her caption with love emojis on one of the photos.

On April 26, 2018, her husband with the username ‘A Kojo Prince’ on Facebook also updated his profile picture with his new family – wife, and two kids.

Recently, the new mother also graduated from the University of Ghana.
“The journey wasn’t easy but it was worth it…I made it! A big thank you to God and you”, she wrote on Instagram.

In 2016 pre-wedding photos of the now popular couple sparked massive debate on whether size matters in relationships in several circles attracting criticisms and praise in equal proportions.

While some are commending Kojo Amoah for his courage in demonstrating true love, others say the size of his choice of wife is awkward.

Some people on social media accused Kojo of taking advantage of the ‘poor fat lady.’ Others charged the lady to lose some weight. 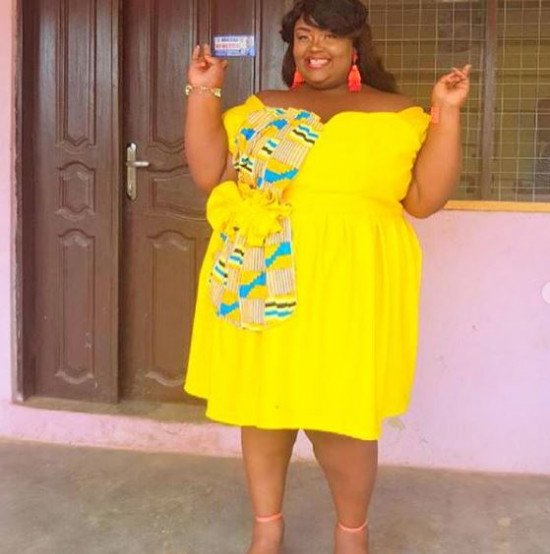 Mizznaki replied her critics, saying she is proud of size and feels confident.

Speaking to Starr News’ Kwaku Obeng Adjei in an interview, the Brong Ahafo-based groom said he could not have made a better choice of a bride.

He, however, added that he and his wife were amazed at the public reaction to their pictures.

“To me, I have always been a fan of plus size women and I am so proud of my woman and I don’t care about what anybody says out there.

“In every society there are people who will try to discourage you from things that you seek to do but I am not bothered at all. And I don’t regret posting those pictures on Facebook,” he noted.