The event came off at a star-studded event held at the His Majesty’s Court hotel in Accra.

Before the white wedding, the pair tied the knot at a traditional wedding in Dansoman, a suburb of Accra on February 25 this year, heavily attended by family, friends and some entertainment personalities.

The couple have known each other for the past five years and have dated for about three years before their traditional wedding.

Akosua, in an interview with Joy News’ Ibrahim Ben-Bako before the white wedding described A-Plus as a very jovial person who is down to earth.

She stressed that contrary to her husband’s alleged controversial character, A-Plus is funny and very frank.

See photos of the event below: 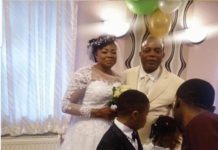 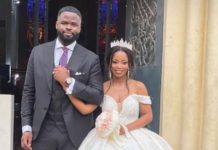 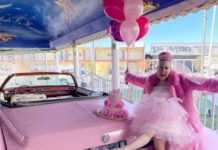 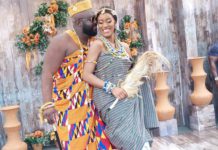 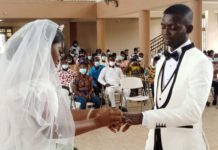