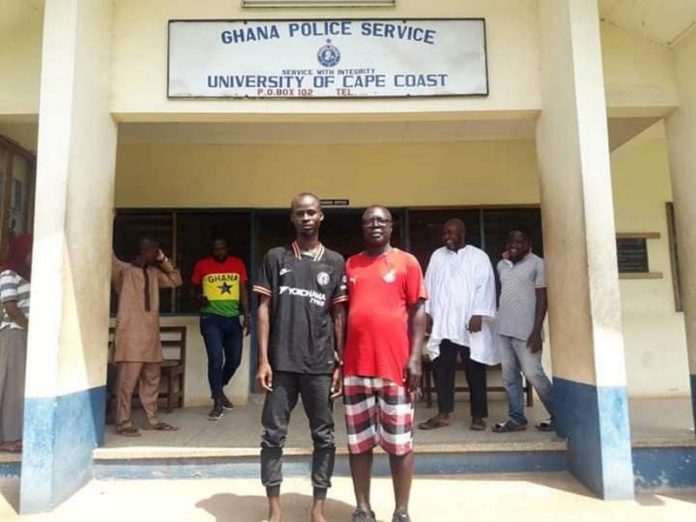 The 25-year-old man who was apprehended by the police for invading the pitch during Ghana’s AFCON qualifier against South Africa has been granted bail.

Awal Sulemana has been in the grips of the police since Thursday and been charged with offensive behaviour and unlawful entry.

The former 400-metre runner was granted bail this Saturday morning upon the intervention of the Ghana Football Association.

The prolonged detention of Awal Sulemana sparked outrage on social media with several Ghanaians calling for his release while describing the approach by the police as an overkill.

The hashtag #FreeAwal has since his arrest been trending on social media as Ghanaians demand his release.

Meanwhile, Awal Suleman is being paraded through the streets of Cape Coast after his release from police custody.