A prophet is said to have sold cucumbers to his church members during anointing service.

The Zimbabwean-based prophet, Walter Magaya old anointed cucumbers to his church members and surprisingly, many ladies, heavily patronized him.

After pictures of the service emerged online, some Facebook users criticized the pastor, calling him fake for selling cucumbers in the house of God.

See some of their comments below…. 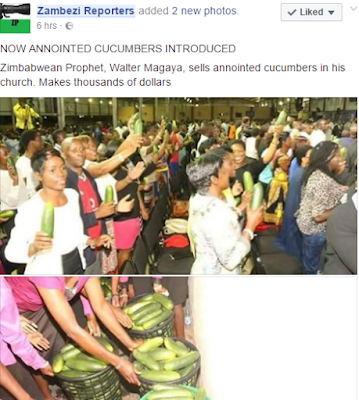 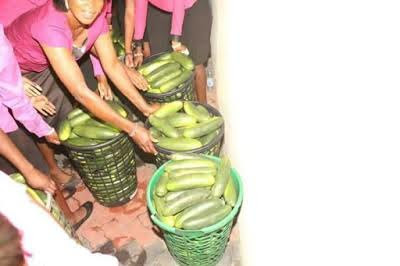