Former Member of Parliament (MP) for Bantama in the Ashanti region, Dr Henry Kwabena Kokofu has signed the book of condolence for the late Asempa FM’s talented broadcaster, Kwadwo Asare Baffour Acheampong (KABA).
A book of condolence has been opened at the Front Desk of the Radio building of The Multimedia Group, in memory of the late Asempa FM’s broadcaster.
His colleagues, friends in the media fraternity as well as listeners of his popular afternoon political talk show, Ekosii Sen, have been walking into the Radio building of The Multimedia Group, sign the book and pen down memories they shared with the versatile presenter.
The talented broadcaster with The Multimedia Group Limited died in the early hours of Saturday, 18th November 2017.
He was married to Valentina Ofori Afriyie who is also a broadcaster with Accra-based Class FM, having worked many years with Radio Gold and Spirit FM in Kumasi.
He left behind a daughter. 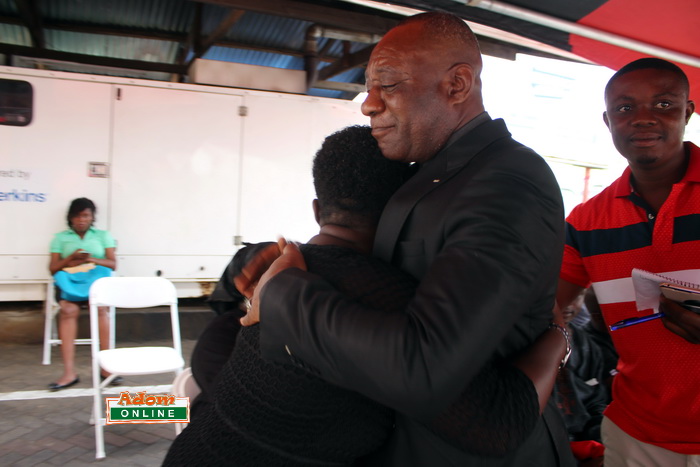 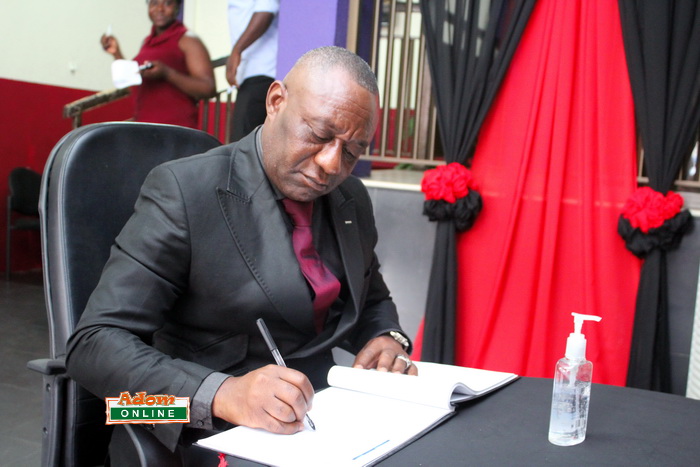 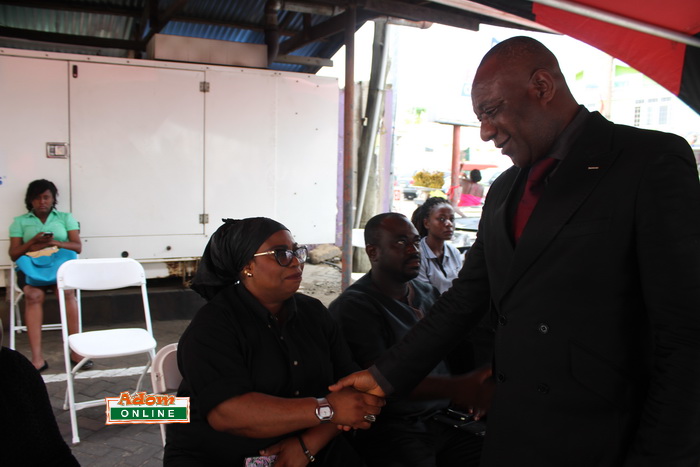 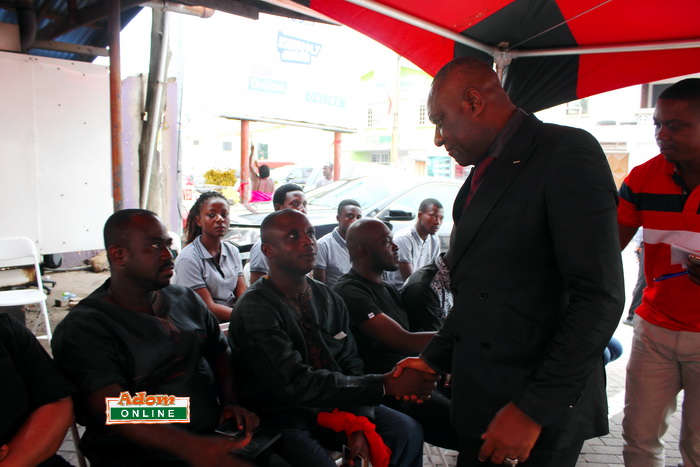