The new slave trade-human trafficking in Libya is being carried out by many nationalities, including Nigerians and Ghanaians, according to a Cameroonian returnee, who was abducted in the country.
Foka Fotsi,  who was trafficked twice, told Reuters that those in charge of one of the places where he was held included Ghanaians and Nigerians. Fotsi story corroborated another testimony by a Nigerian in the southern state of Edo, who identified one Charles, a Nigerian as the trafficking kingpin.
Unable to find work to support his family, Fotsi decided to leave Cameroon last year, but fell into the hands of a Libyan kidnap ring before reaching Europe.

“There was torture like I’ve never seen. They hit you with wooden bats, with iron bars,” he said, removing the hood of his sweatshirt and showing the still raw red wounds on his skull.
“They hang you from the ceiling by (your) arms and legs and then throw you down to the floor. They swing you and throw you against the wall, over and over again, ten times.
“They are not human beings. They are the devil personified.” 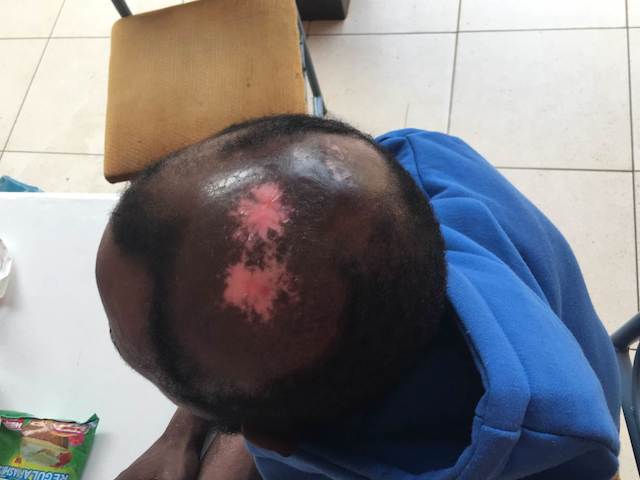 Christelle Timdi, another Cameroonian recounted her  horrendous experience in the north African country.
When uniformed men boarded the overloaded rubber dingy carrying her and her boyfriend to a new life in Europe,  she thought the Italian coastguard had come to rescue them.
But the men took out guns and began to shoot. “Many people fell in the sea,” the 32-year-old Cameroonian said as she described seeing her boyfriend, Douglas, falling in the water and disappearing into the darkness.
The gunmen took Timdi and her fellow passengers back to Libya where they were locked up, raped, beaten and forced to make calls to their families back home for ransom payments to secure their freedom.
Timdi, who flew back to Cameroon last week, told her story as international outcry escalated over a video which appeared to show African migrants being traded as slaves in Libya.
Libya’s U.N.-backed government has said it is investigating and has promised to bring the perpetrators to justice. 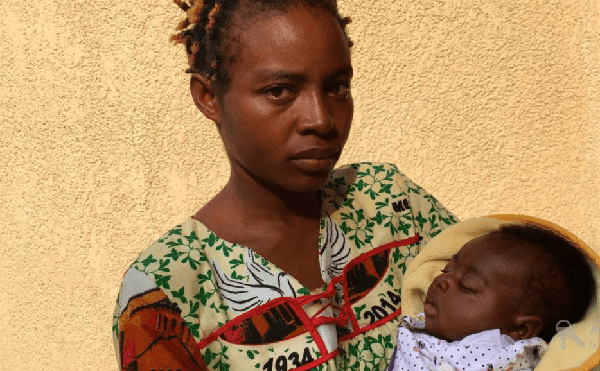 Timdi said she had not seen the footage broadcast by CNN, but had witnessed the trade in humans while in Libya.
“I saw it with my own eyes,” she said, describing how she had seen a Senegalese man buying an African migrant.
Libya is the main jumping off point for migrants trying to reach Europe by boat.
Timdi said many traffickers posed as marine guards, police officers and taxi drivers to ensnare victims.
There were around 130 other migrants on her boat when the gunmen opened fire in the middle of the night, Timdi said.
After being taken back to Libya they were locked in an abandoned factory building where men would grab and rape the girls and women – and sometimes even the men.
“We tried to hide the younger girls among us,” Timdi said, describing the terrifying moments when the guards would scour the room with torches, searching for their next victims.
“I was heavily pregnant – that’s why I wasn’t raped. And it’s all done in front of others – they say it’s so that you know what will happen to you if you don’t pay up.”
Timdi said the facilities used by traffickers appeared to be well organised and guarded, adding that most people inside wore fake police or military uniforms.
“The place was surrounded by army-style vehicles with guns ready to fire, so we didn’t dare try and escape.”
Timdi’s family paid 1 million CFA francs ($1,800), frantically collected from relatives and friends, to free her. But she said ransoms were no guarantee of safety.
The traffickers work with a network of taxi drivers who are supposed to transfer released migrants to migrant camps – but who often re-traffick them, Timdi said.
“If they send you a good taxi, you’ll arrive at your destination, but if it’s a bad taxi the driver will sell you on to someone else,” she said.
“There are people who have been resold twice, three times. And when you call your family to tell them that you’ve been resold once again, no one will believe you, they won’t send more money to free you.”
Timdi was released by her captors in October and gave birth to a baby girl, Brittanie, in a Libyan hospital just days later.
Timdi and Fotsi were among 250 Cameroonians who were flown home this week by the International Organization for Migration (IOM) as part of a voluntary return scheme for migrants stranded in Libya. 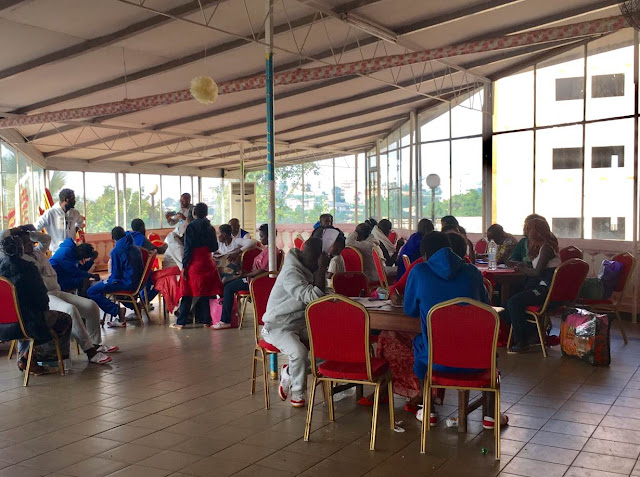 The programme, funded by the European Union, provided returnees with clothing and medical checks. The most vulnerable, including pregnant women, also received around 400 euros ($475).
IOM Cameroon head Boubacar Saybou said it was launching a programme to help migrants set up businesses, and will also provide start-up funding.
“We need to create opportunities for them here. That’s what’s important,” he said.
Fotsi said he hoped to follow up on the scheme. But for now his most pressing problem was finding a place to sleep.
“I pray that God gives me work that I can do here,” he said.
“If we don’t get work you’ll find many of us walking the streets again.”
A Thomson Reuters Foundation report written by Inna Lazareva.