Five children have been orphaned after their dad died from bowel cancer – just weeks after their mum’s death from the same illness.

Omena Ubiaro, 38, had battled Stage 4 bowel cancer for three years before he passed away at a hospice in Wolverhampton in the early hours of today.

His death comes the day before his wife’s funeral after she died from bowel cancer on July 29,Mirroronline reports

Friends close to the family say they are too devastated to speak but tributes have emerged online. 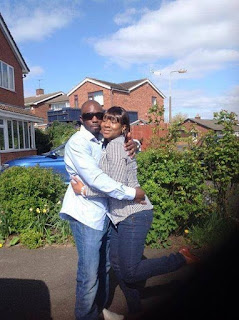 One person, who posted a tribute on Facebook, described Omena’s death as a “tragedy of tragedies.”

Last month, Mirror Online reported the family’s heartbreaking plight as Omena fought for his life while grieving for his wife Makeda.

Omena had been battling Stage 4 bowel cancer for two years when Makeda was tragically diagnosed with the same disease last August.

Makeda, who was also 38, underwent emergency surgery but could not be saved by doctors and died on July 29. 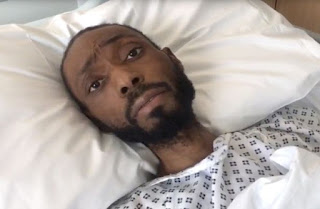 Friends launched a fundraising page after her death to support the family’s five sons, aged from seven to 19, with fears growing over Omena’s deteriorating health.

In a heart-rending video, uploaded as part of the appeal, Omena said the death of his wife and ongoing fight against cancer was the “toughest thing” he has ever dealt with. 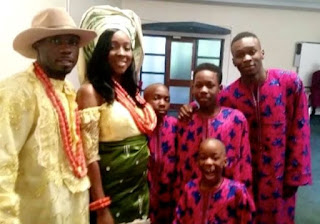 .”Recently, myself and my five boys we’ve just lost my wife, they’ve lost a mother and I’ve also lost a best friend as well. 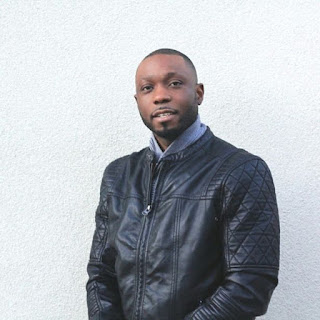 Omena and Makeda met when they were teenagers at St Francis Xavier College in Clapham, South London.

In 2014, the couple decided to renew their wedding vows when Omena was diagnosed with Stage 4 colorectal cancer. 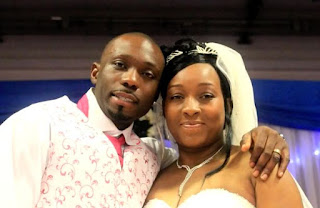 Makeda was admitted to hospital for colostomy surgery but her cancer spread and she died on July 29.

Her funeral is due to take place tomorrow.