President John Dramani Mahama has sworn in Daniel Domelovo, as the new Auditor-General, whose appointment took effect from December 23, 2016.

Mr. Domelovo was to confirm his acceptance of the appointment by Wednesday, December 28, 2016.

This appointment was done in consultation with the Council of State in accordance with Article 70 of the 1992 Constitution.

Speaking at the swearing in, President Mahama charged the new Auditor-General execute the mandate of the office with professionalism and probity.

“The Audit service exists to ensure good governance and so, it is therefore your responsibility, together with your team, to deliver this to Ghanaians through the pursuit and application of the highest levels of professionalism, accountability, probity and transparency in the public financial management systems of Ghana.” 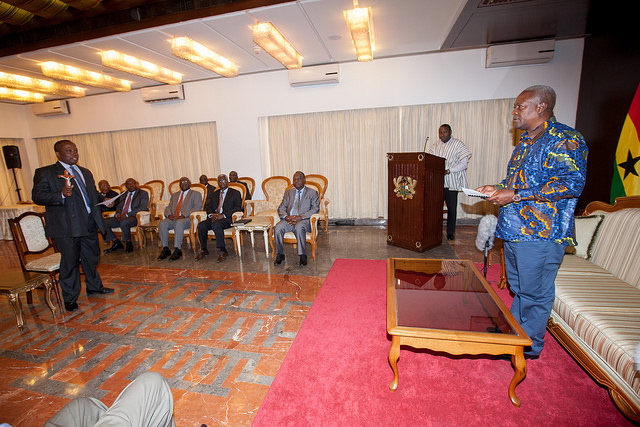 President Mahama also urged the new Auditor-General to place emphasis on prevention of the misappropriation of public funds and not sanctioning after the fact.

“In discharging your job, your emphasis is not on sanctioning but on trying to prevent; creating the system that prevents the misappropriation of public funds from taking place in the first place,” he said. 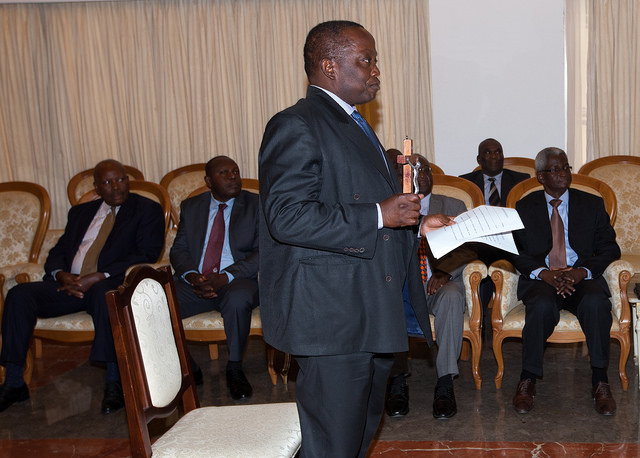 President Mahama, who will be leaving office in about a week, has come under heavy criticisms for his appointments which many say are attempts to sabotage the incoming New Patriotic Party (NPP) government led by Nana Akufo-Addo.

The incoming NPP government has decried these appointments as being in bad faith, and has said it may review them when it assumes office.