A 30-year-old woman has been arrested for allegedly burning the palm of her 3-year-old son with hot charcoal after she caught him taking food that wasn’t offered to him which she called stealing.

Juliet Moses says she burned her son’s palms as a way to train him. 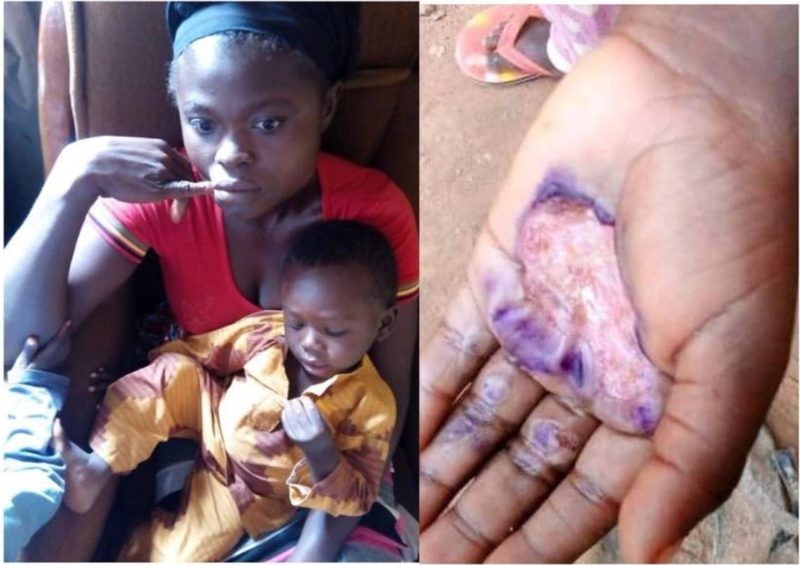 “My neighbour told me my son entered into her house and stole food from her pot and when I asked him, he refused to tell me the truth, so I put hot charcoals on his hands, I did not know it would burn his hands like that.

I think I am just teaching him a lesson because that is the way they start. From small stealing, they would grow into big time stealing. I felt when I punish him like that, he will not do so again. This is the first time I burnt his hands like that.”

The Niger State Child Rights Agency arrested the woman and plan to prosecute her.