Wizkid’s status as an international celebrity seems to be getting way bigger as seen in a recent picture with Nicki Minaj.
The image was posted on Monday on the latter’s Instagram with the pair looking like best buddies.

Wizkid has managed to gain acceptance in the far shores of the US ever since his ‘One Dance’ collaboration with Drake.
His popularity among international fans has almost become seamless and he has his refined musical style to thank for that.
He is now in the hierarchy of African stars who have broken off the status of being continental celebrities to gaining recognition on a world stage.

The recent release of his new work “Sounds from the Other Side” which had inputs from the likes of Drake, Chris Brown and Trey Songz has certainly helped cement his rapid rise to fame.
All the tracks on the project are clear justification of why the singer is highly regarded internationally.
There is really nothing much for him to prove.

The story of an ‘Ojuelegba’ songster who is now shocking the world with his unique talent is just enough statement. 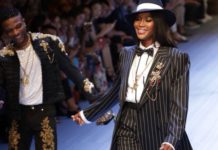 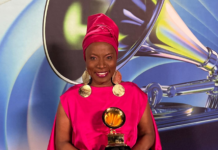