At least four vehicles have been involved in an accident at Achimota on the Accra-Amasaman Highway Monday morning.
The accident occurred around 7:10am after the driver of a tipper truck loaded with sand with registration number GR 4856-16, lost control and ran into a petrol tanker.
The truck which was heading to Ashaiman from Amasaman rammed into an empty petrol tanker in its way.
The affected tanker also collided with a taxi and a private car on its path causing traffic to build up on that stretch of the highway. 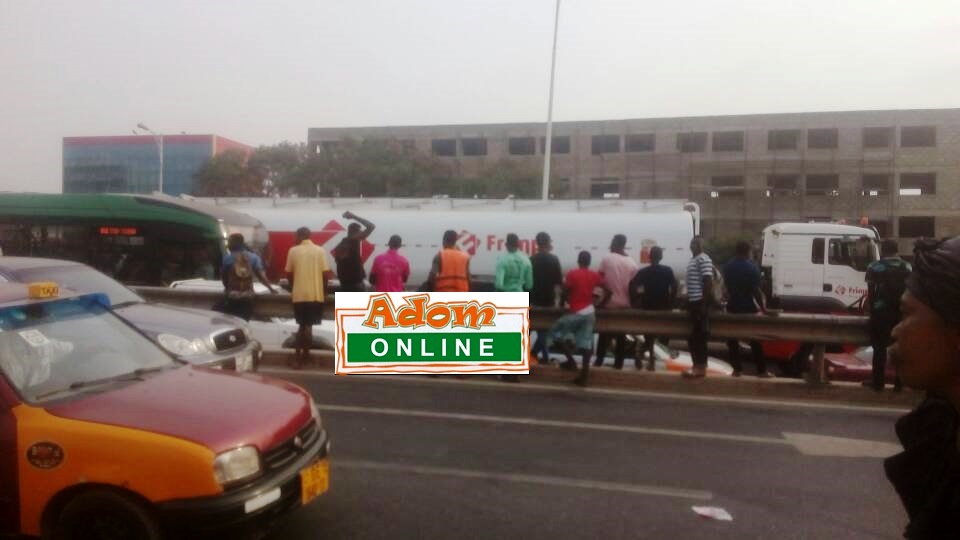 Narrating how the accident occurred, driver of the Tipper truck, Godfred Awudi said his brake hose burst when he applied it upon descending a steep hill and all efforts to save the situation proved futile. 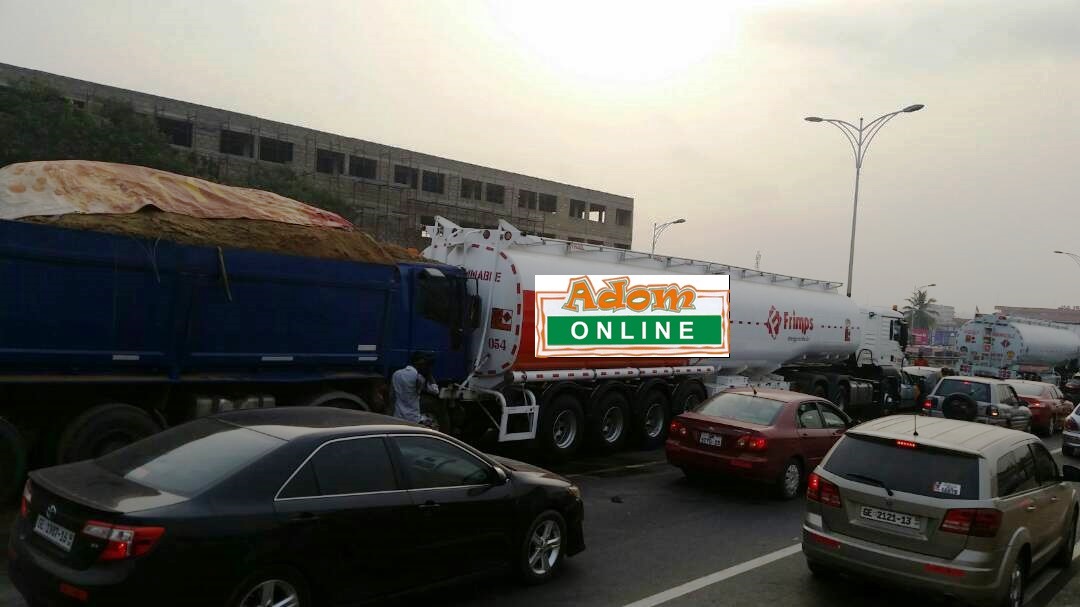 He said, “I alternatively used a low gear to slow down the loaded truck after the burst but the weight of the truck also affected the gearbox causing it to disengage. At this point, I was only left with the emergency handbrake which also unhooked after applying it. I had no option left than to run into the petrol tanker”. 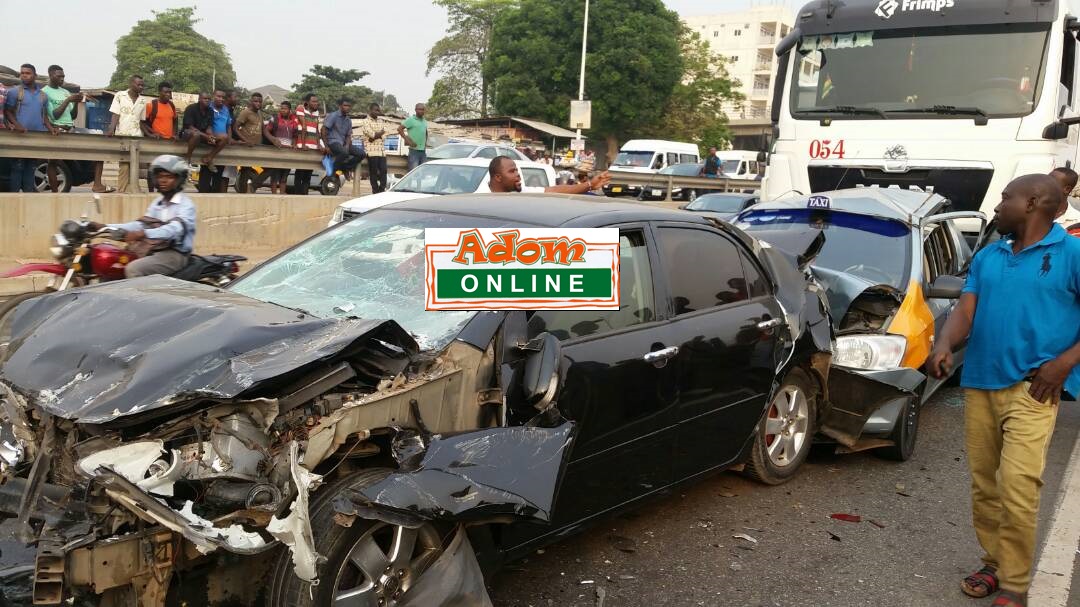 The Ghana Fire Service and the Motor Traffic and Transport Department (MTTD) were however quick to get to the scene to keep the situation under control after a distress call was placed to them. 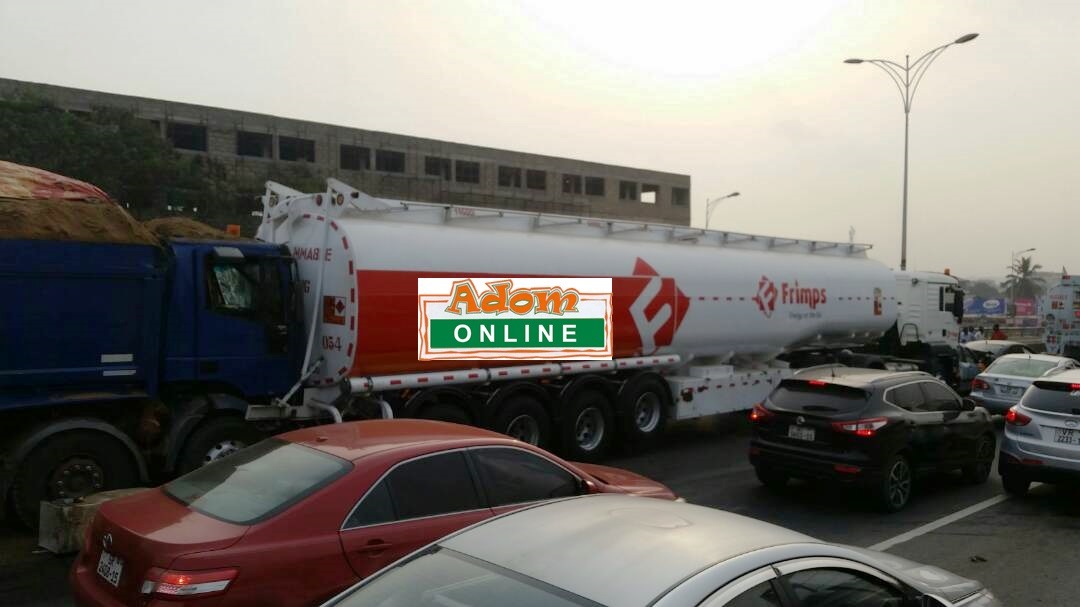 The truck driver sustained minor bruises on his legs and no fatal casualties were recorded.