A student of the Lagos State Polytechnic, Samson Matti, has died after he was allegedly infused with the wrong blood and also an overdose of injection at a general hospital in Lagos.

His sister Oluwafunmi, who took to Facebook to mourn him, blamed the management of the hospital for her only brother’s death. 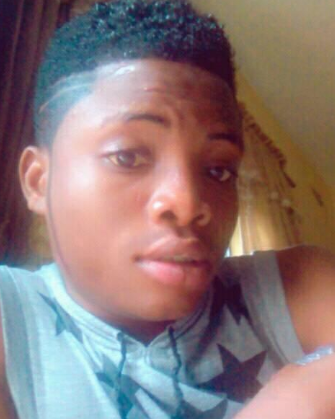 In her post, Funmi who did not specify the general hospital wrote;

”And u guys thought u could jes kill my only brother and go scot-free
I swear down u all will mourn over your children
Imagine a general hospital dat has doctors nd nurses dat are not qualified
Buh jes bcos of d money u wanna collect
U all were all greedy
Firstly u gave my brother an overdose injection
As if dat was not enough
U gave him a wrong blood ….u gave him a blood dat doesn’t really match his blood group
Den suddenly he changed and died
General hospital ijede i swear u guys will all mourn”. 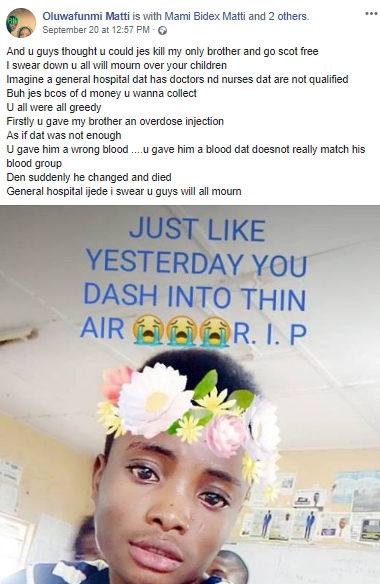