A man has cut off the manhood of his brother during an arguement over ludo game.

The Anambra State based man identified as Ifeanyi Echiechine is currently at large after he allegedly cut off the manhood of his kinsman over ludo game.

The bizzare case of game gone wrong has left the family of Ikwunyelu family in Akpulu village, Ugbenu in Awka North local government area of Anambra state in grief as the victim of the assault reportedly lost his life

It was gathered that the deceased, a father of six children, was hit with a heavy weapon before his genitals were cut off with a knife.

While many are left in shock as to why a simple game such as Ludo should warrant such aggressiveness and subsequently death, the wife of the deceased shed light to the unfortunate incident

Mrs. Maryrose Ikwunyelu while in uncontrollable tears, nar­rated the incident that led to her husband’s sudden demise. “I was in front of my shop playing ludo game with one nurse Rebecca when Ifeanyi, who hap­pens to be my husband’s brother, joined us. He requested to be allowed to participate in the game but I declined on the ground that he often caused trouble each time he participated and lost out in the game. Sometimes, it would lead to wanton destruction of some items in my shop and the compound.

“It was on that note that he took offence and this led to ex­change of words. He abused me and called me all sorts of unprint­able names. My husband was not around then but when he came back, somebody else told him how Ifeanyi abused me right in my shop. This made my husband to confront Ifeanyi.

“It was that confrontation that led to a fight on that Tuesday morning between the two and my husband, out of anger, confiscated his motorcycle ignition key, insist­ing that he must pay for all the damages he caused in my shop.

“This incident happened in the morning but, around 6:30 pm, my husband rushed off to the neigh­boring village to watch the Nige­ria/Agentina match. In no time, someone rushed to our house to announce that my husband and Ifeanyi were fighting again; that Ifeanyi waylaid him and attacked him with a heavy weapon from behind.

“He was still struggling for survival when he grabbed his genitals and cut it off with a knife. He was already lifeless at the point I got to the place and this happened right in the presence of his (Ifeanyi’s) mother and wife, an indication that it was a calculat­ed plan to kill my husband”, she narrated.

The mother of the deceased, Mrs. Louisa Ikwunyelu, stated that she is yet to believe that her son was no more.

Calling for justice to prevail on the already escalated matter, she said;

“I am calling on the Nigerian police to fish out the whereabout of Ifeanyi that killed my son. My son cannot be buried until Ifeanyi’s where­about is known. They must be buried together. Ifeanyi’s mother vowed to eliminate my family and she said it to the hearing of many”.

While the suspect is at large, his mother and wife have been granted bail but have gone into hiding at the neighboring village, called Enu­gu-Eketeke, Ugbenu at the house of one Mrs. Ekedimma Nweke.

Orient Daily investigation, however, traced the duo to the area but was told that the assail­ant’s mother, Mrs. Maureen was critically ill, as a result of her detention in the police cell, while the wife, Ada went to see her relations.

Mrs. Ekedimma, who described the incident as unfortunate and the handiwork of the devil, how­ever, denied the allegation that Ifeanyi cut off the manhood of the deceased, saying the allegation was an attempt to compound the circumstances surrounding the death.

She noted that the deceased was still alive, as at 7 pm when she arrived the scene, but that his relations refused that he be taken to hospital. She claimed that they, instead, placed him on her sister’s bed and asked her to eat the body of the boy.

“The boy would have survived if we had taken him to the hospital as we pleaded but his elder broth­er, Mr. Alex refused when one of the villagers volunteered his bus to take him to hospital.

“He was still breathing till around 3:30am the next morning before he gave up a ghost. It is true that the boy died but it is not an avenue to tell people what is untrue about the whole thing. We did not send him to kill anybody and now he is nowhere to be found. We don’t even know if he is still alive or dead”, she lamented.

According to an elder townsman from the area who pleaded anonymity, it was customary that anybody who shed innocent blood intentionally will die by hanging, adding that Ifeanyi, if found guilty, would be compelled to take his own life.

“The town has made a pro­nouncement about that. By that pronouncement, Ifeanyi will die by hanging. His family will pro­vide land for farming and resi­dence for the deceased family and as well build a house for him and marry a wife for him too” he added.

When contacted, the police public relations officer (PPRO) in Anambra state, Mr. Haruna Mo­hammed, said he was attending a security summit in Owerri and was not in a position to confirm if the fleeing suspect had been arrested or not. 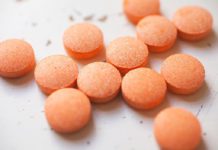 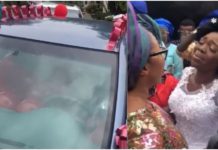