Ghana’s Black Queens are have taken to the streets outside the Sports Ministry over unpaid bonuses with each player owed $25,000.

Their protest is aimed at receiving the money after finishing third at the 2017 Africa Women’s Championship in Cameroon. 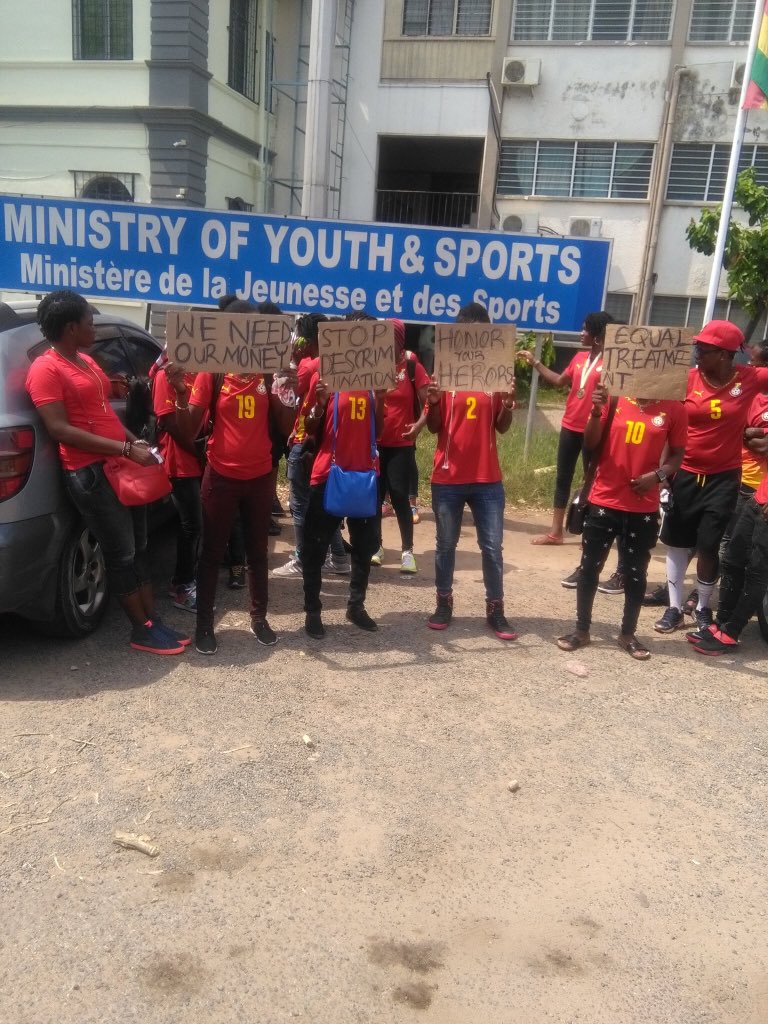 This act was not expected as the team halted their plans of demonstrating against the outgoing government after they were talked out of it by the Ghana FA with President Kwesi Nyantakyi convincing the players against protesting.

The players are owed bonuses and per diems.