Ghana meets Naija 2018 was a memorable night as fans were served with electrifying performances from Patapaa, Stonebwoy, Shatta Wale, Wizkid, Mayorkun, Sista Afia and other artistes.

Fatimah Ama Adeoye after the event took to social media ‘Instagram’ to launch series of attacks on the award-winning singer. 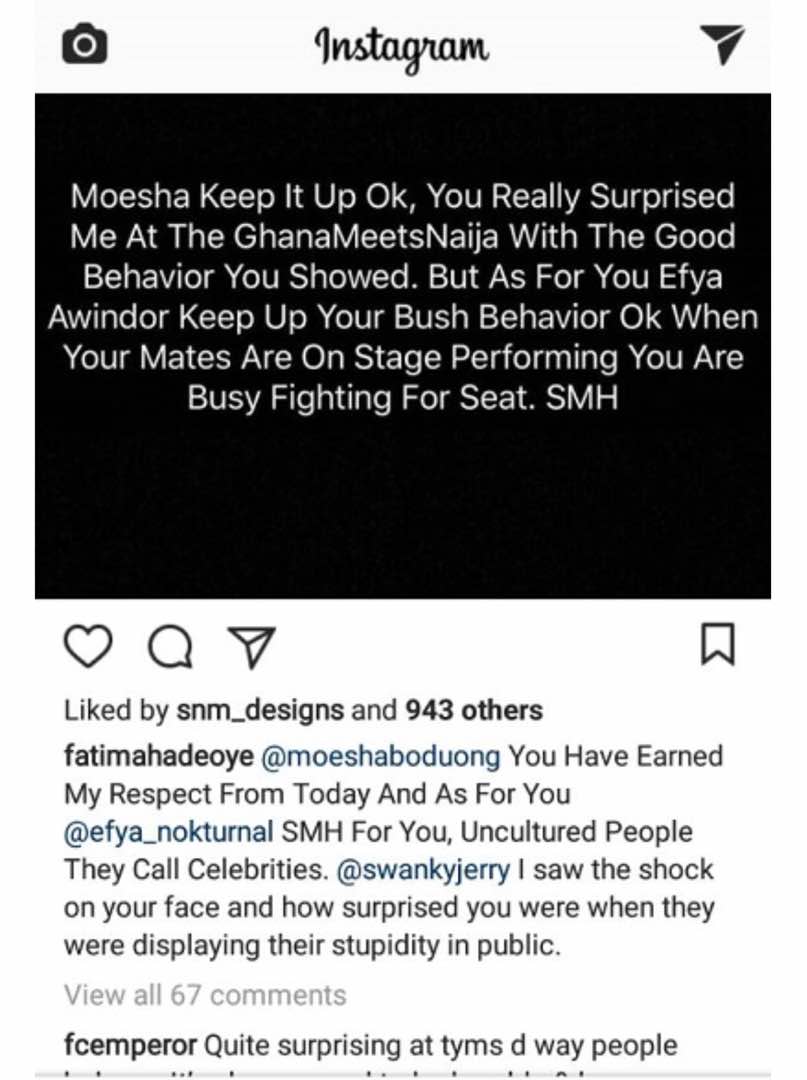 According to the Funke Akindele’s look alike, she was astonished by Efya Awindor’s ‘bush’ behaviour during the much-attended musical concert.

She tagged Efya as “boorish” and unfit to be a celebrity – “whiles her colleague musicians were on the bill performing on stage, Efya was busily fighting for seat.”

The actress who has been inactive in the movie industry also praised Moesha Buduong for the good behavior she showed at the event.

“@moeshaboduong you have Earned My Respect from Today and as for You @efya_nokturnal SMH For You, Uncultured People They Call Celebrities. @swankyjerry I saw the shock on your face and how surprised you were when they were displaying their stupidity in public.”

Fatimah Ama Adeoye’s comment attracted several condemnations from her followers forcing her to since delete the abusive post on her page.