Peki Government Hospital is one of the major referral center for health centers in some districts of the Volta Region and also caters for patients from some parts of the Eastern Region closer to the hospital.
Just like any other hospital, Peki Government hospital has been going through some challenges with facilities and some basic things like Mattresses used in the various wards in the Hospital.
In an interview with the medical superintendent of the hospital, Dr Alphonse Dzakpasu, he said the management of the hospital sort for funds to get mattresses replaced with new ones as some of the beds in wards had no mattresses.
“Our mattresses are worn out and a situation which is not good enough for the hospital and for the comfort of the patients” he lamented.
Dr Alphonse Dzakpasu disclosed that the situation became a worry to the management looking at the increasing number of patients admitted daily for health care.
Fortunately for the hospital according Dr Dzakpasu, two institution namely Team Diamond of the Max international, Peki Union UK and a couple, Mr and Mrs Balasu came to the aid of the hospital with customized mattresses worth 40 thousand Ghana cedi.
Dr Dzakpasu called on stakeholders and well-meaning citizens as well as companies to come to the aid of the hospital by providing more mattresses and other pressing needs of the hospital for a more quality health delivery.
“We need of such donations to the hospital by groups and individuals” Dr Alphonse Dzakpasu pleaded.
National president of the Peki Union, Bernard Douse in presenting the items called on the health ministry for the upgrading of the hospital as it is the only government hospital between Accra and Hohoe and on the stretch of the Eastern corridor road.
He also called on all to donate more mattresses to replace the old ones and also make the patients feel comfortable as they receive health care.
“We are calling on our colleagues home and abroad and any one touched by the plight of the hospital to donate generously for a good course” Mr Douse appealed.
Peki Government hospital is a government owned district hospital situated in the South Dayi District of the Volta Region and one of the neatest hospital in the region
Source: Joy News/Ivy Setordjie 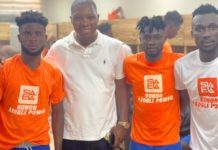 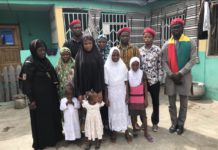 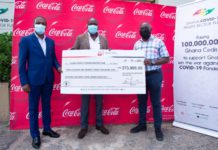 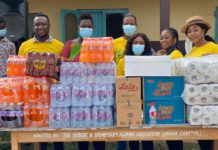