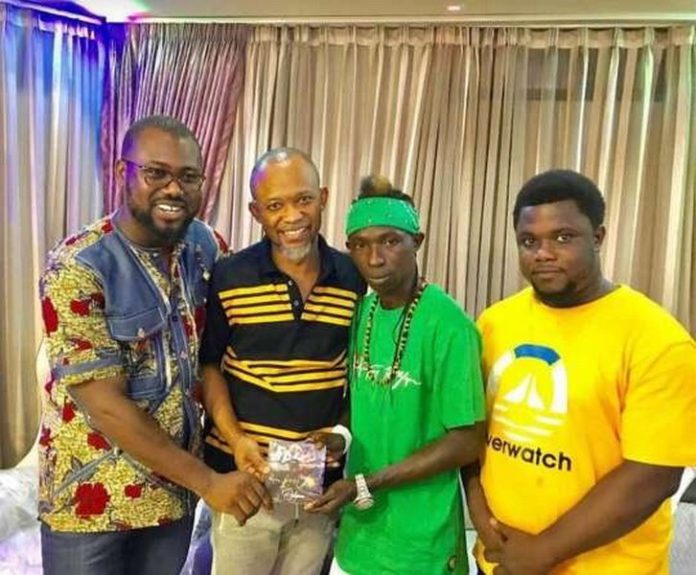 Ghanaian musician, Patapaa, has presented a copy of his “Pa2pa Scopatumanaa” album to Fadda Dickson, Director of Administration and Finance at Despite Media.

Patapaa, on Wednesday paid a courtesy visit to Fadda Dickson, few weeks after he launched his maiden album with a massive concert at the Swedru Sports Stadium.

Patapaa was grateful to Fadda Dickson for aiding his course of becoming one of the biggest musicians on the local scene.

He urged for more support from the media group as he plans to embark on series of projects in the near future.

The “Pa2pa Scopatumanaa” album which is available across all music platforms contains 16 tracks with different genres with Articlewan, Sista Afia, Stonebwoy, Medikal, Kwaw Kese, Fameye all featuring on the album.