Minority Leader, Haruna Iddrisu has cautioned security agencies in the country especially, the Ghana Armed Forces to remain neutral in the discharge of their Constitutionally mandated duties in the ongoing voters’ registration exercise.

According to the legislator, security forces should not allow themselves to be used by the governing NPP to harass and intimidate eligible voters in NDC strongholds.

Addressing the press, the Tamale South MP alleged that some security officials are touring homes of residents in the Volta Region, demanding their identities; a move he described as unacceptable.

“Our caution to the Ghana Police service and the Ghana Armed Forces is that they should stay neutral as a state institution and work to secure the peace, stability, and security of our country and that partisan politics is not their calling.

“They should not allow themselves to be used for that purpose. Therefore all acts and intimidation by the Ghana Armed forces and the Ghana police service must cease henceforth,” he said.

There have been several allegations especially from the opposition against the governing party of intimation by military personnel deployed in some parts of the country during the ongoing registration exercise.

Although government has indicated that these troops are at various borders to prevent the importation of the Covid-19 and also to prevent non-Ghanaians from entering to partake in the ongoing registration exercise, the NDC strongly insists that is not the case.

Security Agencies in the country, however, have denied the allegations. Responding to the claims, deputy Minister for Defence, Major (RTD) Derrick Yaw Oduro described the allegation by the minority leader as untruth and propaganda.

He emphasized that the troops patrolling the boarders are assisting the immigration service to prevent further importation of Covid-19 into the country.

“Soldiers are not entering any houses in the Volta and Oti region as they claim. Soldiers have been deployed at the borders to ensure that nobody crosses the border.

“Soldiers have also been deployed at the Northern Border to make sure that nobody crosses from Burkina Faso into the country and the same way at the Western Border so that Covid-19 can be brought to the barest minimum if we cannot eradicate it. 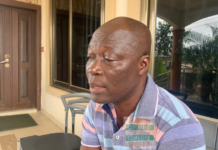 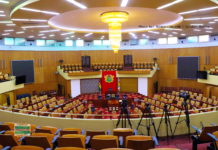