Founding President of IMANI Africa, Franklin Cudjoe has said Pastor Mensa Otabil, who was a Board Chairman of the mismanaged Capital Bank might have been misled by the Chief Executive Officer of the Bank.

The Bank of Ghana financial autopsy reported how money worth 610 million cedis couldn’t be accounted for, with many social media users mocking the top charismatic pastor of collusion and corruption as he himself had been known to trumpet on public servants.

But in post sighted by MyNewsGh.com from Mr Cudjoe, he said the top pastor was misled.

According to him, Pastor Otabil “didn’t quite possess the financial ‘spirit’ and eye to detect that the financial engineering his CEO engaged in was beyond normal limits of risk. Is there evidence that other board members probably more experienced warned board chairman pastor about the varied seeds his CEO was sowing all over the lands that created a hole of Ghs 610m?” 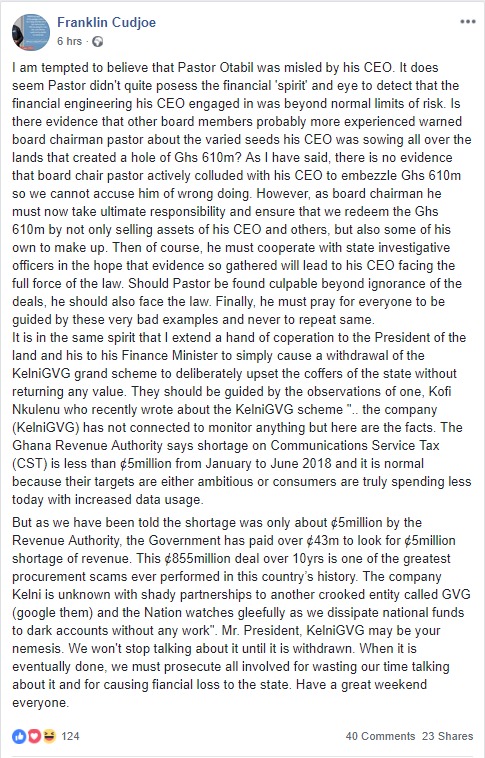