The government is on the path to achieving an ambitious gross domestic product (GDP) growth of 6.3 per cent and reducing the fiscal deficit to 6.5 per cent despite revenue shortfalls.

A Deputy Minister of Information, Mr Kojo Oppong Nkrumah, said in an interview on the sidelines of the ongoing IMF/World bank annual meetings in Washington, USA, that the government would not spend beyond its planned expenditure.

“We are matching our expenditure to revenue and the Public Financial Management Act (PFMA) also places a check on us not to overspend,” he said.

There have been concerns that the government will miss its growth targets due to revenue shortfalls and an IMF forecast of 5.9 per cent.

This is because provisional fiscal data for the first seven months of the year show that total revenue and grants amounted to GH¢20.8 billion, which is 10.3 per cent of GDP, compared with a target of GH¢24.0 billion or 11.3 per cent of GDP.

The fact that the government has abolished some taxes but is yet to find innovative ways to reintroduce tax nets and bring in more revenue is worrying.

However, Mr Oppong Nkrumah allayed those fears, saying the government would strengthen the implementation of revenue measures to ensure that revenue targets were met.

“What we are aiming to achieve is to restore the credibility of government forecasts by setting realistic goals so that we do not routinely miss our targets,” the deputy minister said.

Growth last year slumped to an estimated 3.6 per cent, the lowest in decades. Until 2014, Ghana’s economy was one of Africa’s most dynamic, but struggled to overcome the impact of lower prices for its gold and oil exports, and fiscal problems.

The deficit was a sign of the country’s struggle to tame its national finances with help from a $918 million International Monetary Fund programme set to end next year.

Nonetheless, the IMF Executive Board, led by Mr Tao Zhang, in its August staff report, said the government was committed to macroeconomic stability, fiscal discipline and an ambitious reform agenda.

Decisive implementation of these policies and reforms would allow Ghana to reap its economic potential and achieve higher and more inclusive growth rates.

“The authorities have taken some encouraging steps and the economy is showing signs of recovery. As risks remain tilted to the downside, careful fiscal management will be required to achieve the 2017 programme targets and reverse the unfavourable debt dynamics.

Additional efforts are needed to address revenue shortfalls, while expenditure control measures should be fully enforced to contain current spending, and prevent the recurrence of domestic arrears.

Ongoing fiscal consolidation and implementation of the medium-term debt management strategy will be key to further reducing domestic refinancing risks,” the report said.

“Fiscal consolidation efforts will need to be anchored in wide-ranging structural fiscal reforms, so that consolidation gains can be sustained over the medium term. These include measures to broaden the tax base and enhance tax compliance and public financial management, especially considering the large unpaid commitments accumulated in 2016.

The IMF also cautions that as inflation decelerates, the Bank of Ghana (BoG) should be vigilant in order to bring inflation back to target.

The IMF wants the central bank to strengthen the credibility of the inflation-targeting framework, which will benefit from efforts in the development of the foreign exchange market. The central bank should also continue its policy on zero financing of the government.

It, however, commended the government for making significant progress in the implementation of the banking system road map, in particular, through the approval of time bound recapitalisation plans for banks found to be undercapitalised, and the resolution of two insolvent banks.

It wants further steps to strengthen the supervisory and regulatory framework, reduce outstanding liquidity assistance, and buttress the microfinance sector to help build a more robust financial sector that is well positioned to support growth and promote financial inclusion. 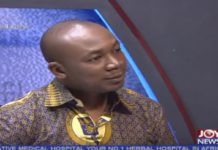 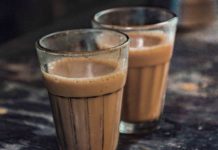 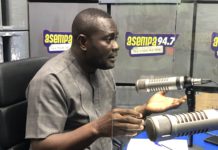